I am extracting a string via GroupBy and convert that single row to a variable. Occasionally the variable is reported by the Java Edit Variable as “missing” but it’s present by 150 %. 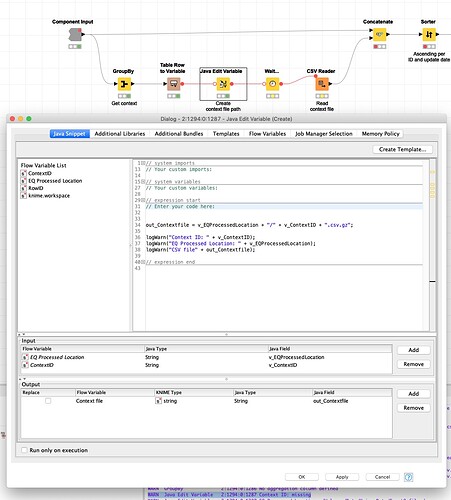 The in occasionally “inaccessible” variable causes a CSV file to not been read and data not being saved.

BUT, I noticed that, by adding console logs, the node getting executed twice. First throwing the “missing” error, and the second time working as expected. I stopped execution right upon the error was thrown and only two files were processed. But the added log entires are present three times. 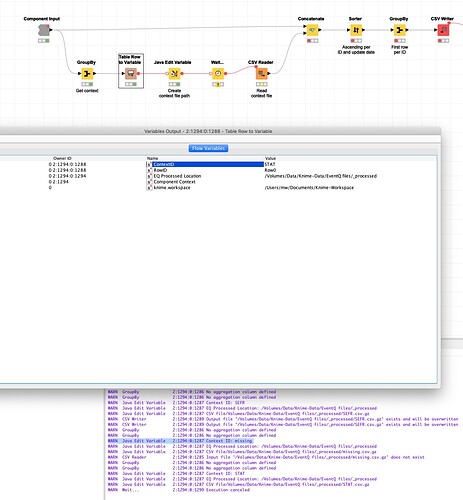 Could this be caused by the component the nodes are enclosed in?

Could it be that you are doing a type-based aggregation in the GroupBy node? Perhaps the type of the ContextID column changes from one iteration to the other, leading it to be grouped in some cases but deleted in other cases. (Just guessing here)

No, just a single group to get the unique values where there should only be one. No aggregation is defined and the value is always propagated so could not be missing at given point in time. 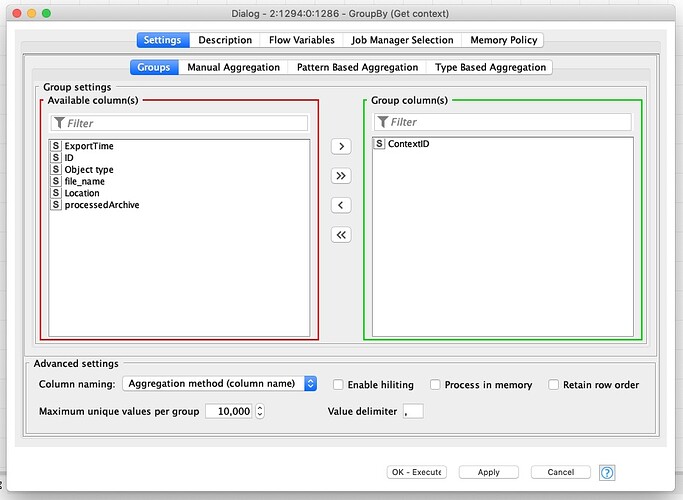 I still have no idea what could be causing this problem, but in theory you can achieve the same effect as this GroupBy node with a Duplicate Row Filter (in Knime 4) or a Value Counter -> Row ID (new column from RowID). You could replace the GroupBy node with one of those and see what happens.

can you share an example workflow where this behavior can be seen?

that would be quite a challenge as it’s part of a huge workflow. If you like we can have a remote session instead.

I see. In that case it will be hard for me to reproduce this as numerous things can have impact on this behavior. If you manage to isolate this part of workflow and reproduce it that would be great.

Anyways I will try to reproduce it as well. No remote session for now

The most straight forward was, thanks for the reminder @Aswin, was a GroupBy and filtered for the max value as it’s a date time string which determined the most recent row.