I have a dataset where I would like to perform a subtraction of two column values (number long) based on condition of 3rd column (String). Output is a number.
Tried using the rule engine node, but got errors

Lets say, Column A and Column B are numbers and Column C is string.
Column C = “xyz” => Column A - Column B

Would anyone provide suggestions/insights on how to do this?

The Rule Engine does not support these kind of operations. You are better off with other nodes like the Column Expression.

For example, in its basic form: 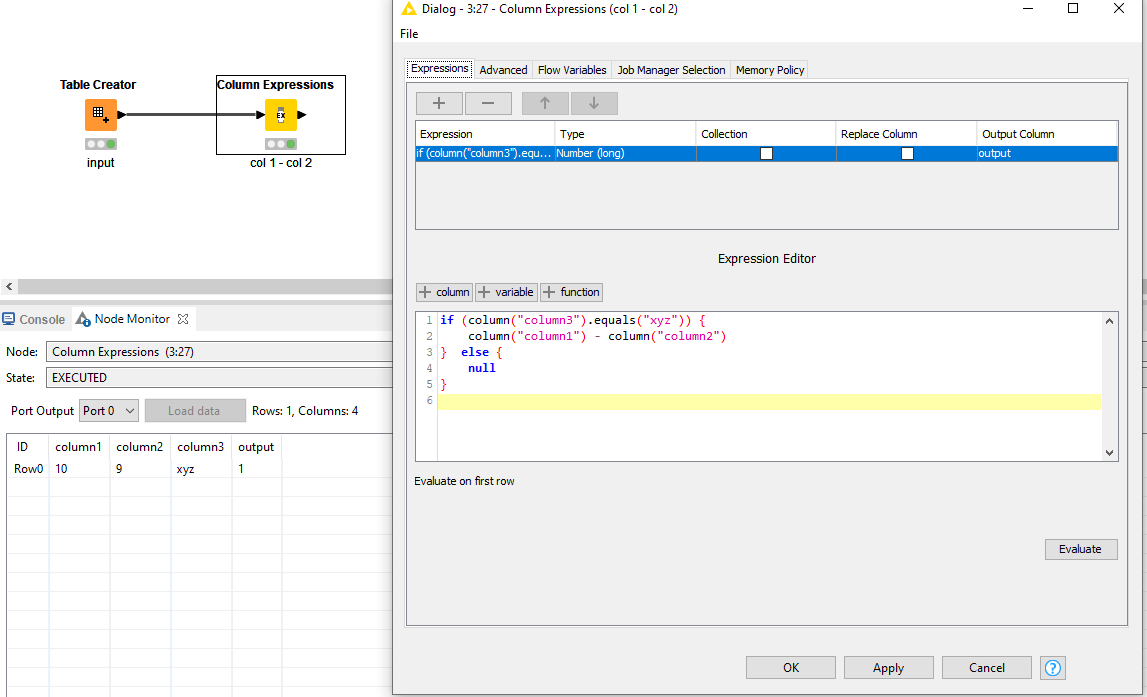 If you want a more convenant approach when dealing with multiple rules for example, you could still use a Rule Engine as a first step to create a true/false boolean. Next, you apply the calculation for only those rows that are true. 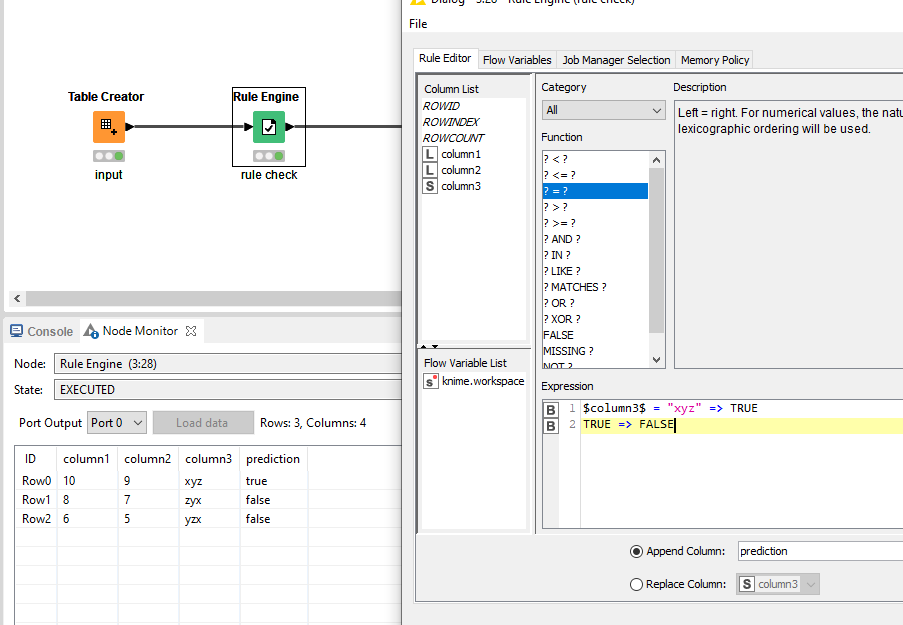 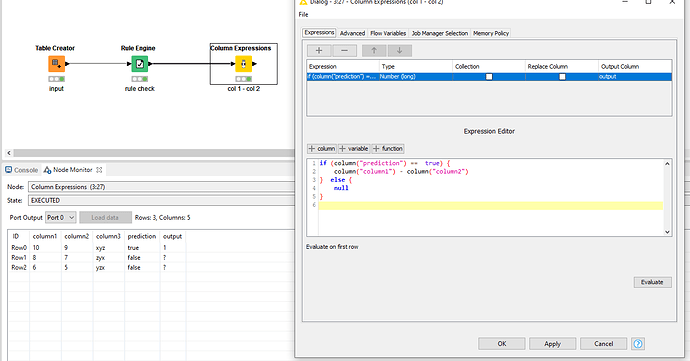 As @ArjenEX mentioned, the Rule Engine does not support these kind of operations. The Rule Engine allows you to implement the conditions, but the values can only be static values, so you can’t do subtraction of 2 columns.

Column Expressions is an option. It’s very flexible in that you can code whatever you want to do there.

You will still need to use the Rule Engine, and we can simply set the results of the rule to some numeric values that we can use in the Math Formula as identifier.

For example, we can do this: 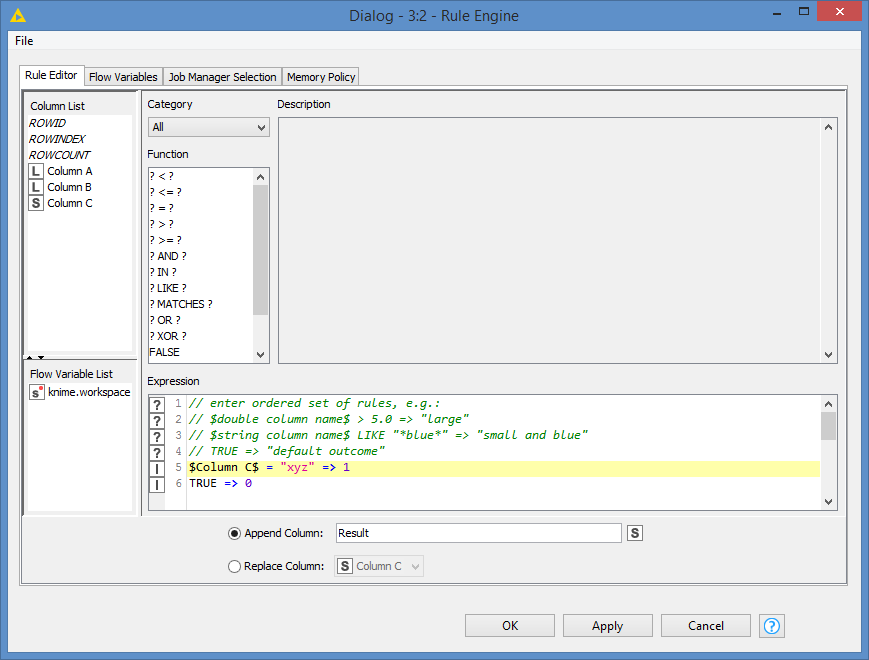 And let’s say for the demo, I have this data as input: 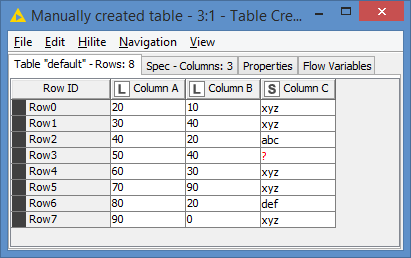 After applying the Rule Engine, I have now identified which rows need the operation (Column A - Column B) based on Column C having “xyz” as value: 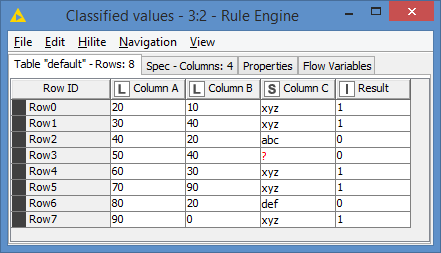 The good thing about the Math Formula node is that it does of course allow you to do operations, but it also support if conditions in the form of: if (cond, trueval, falseval) 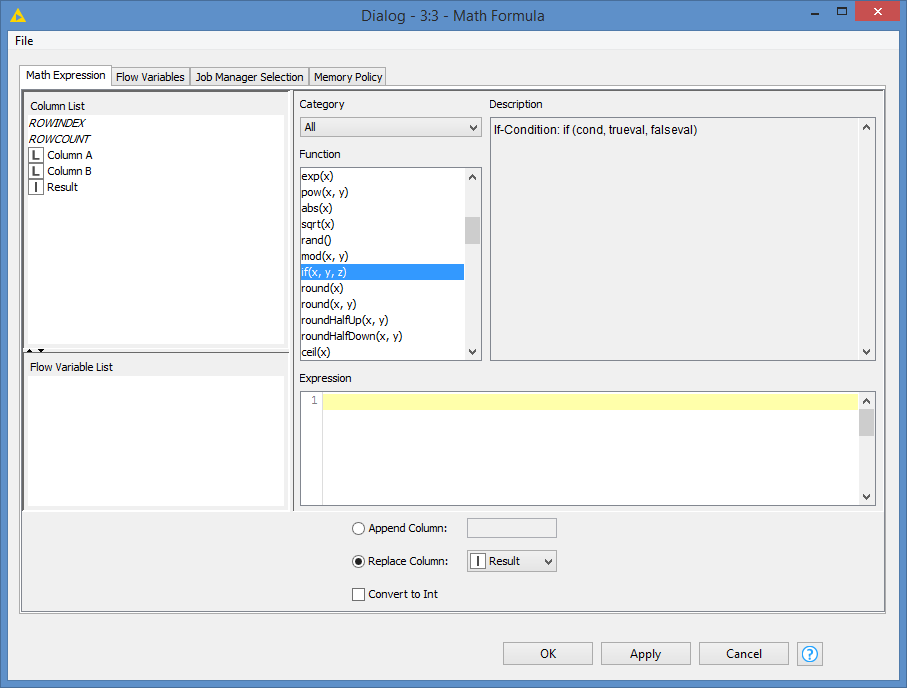 So, with the above assumption, one way is to use the if like this: 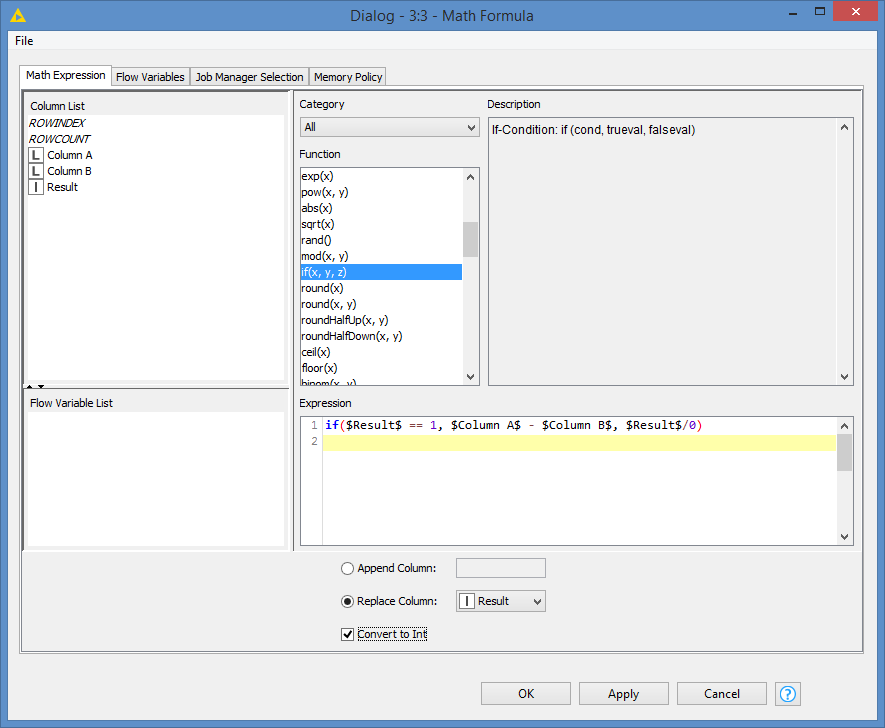 NOTE: I’m doing $Result$/0 as a trick to generate a null (empty) results.

And that’s the results that I get: 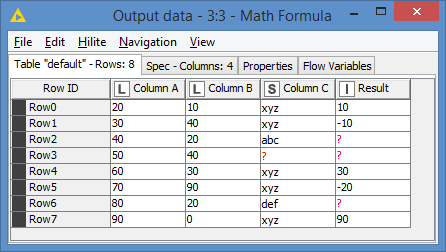 Now, the reason why I assigned specifically 1 and 0 in the Rule Engine is that there’s an even smarter way (and faster way) to do this operation.

You can simply just run this operation, without the if(), which makes it run even faster: 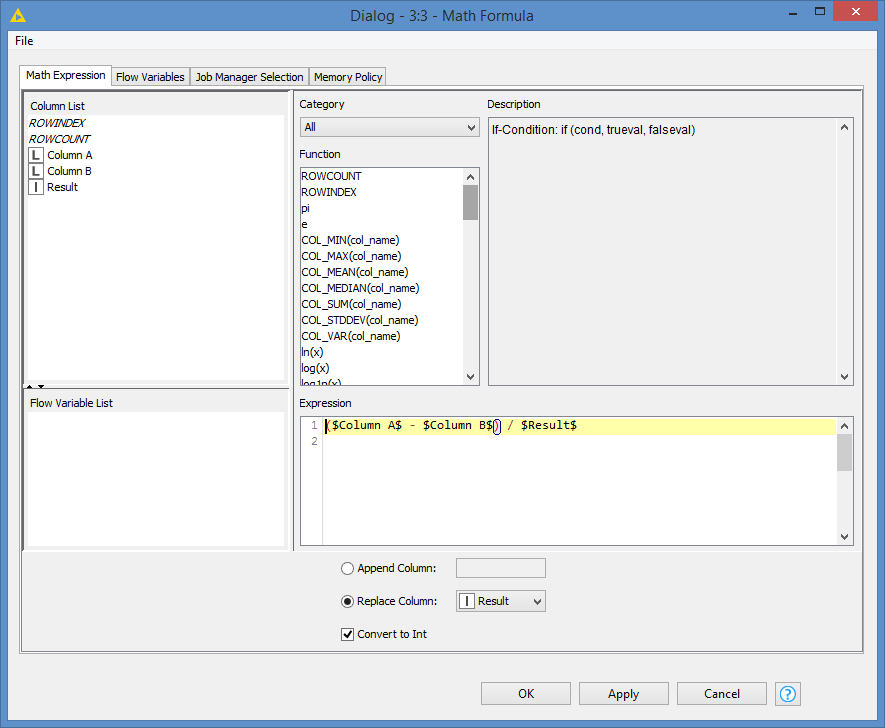 And I get the same results as with the if():

Thank you so much @ArjenEX @bruno29a . This solution helped me solve the issue