I have used the Fingerprint Similarity node to identify how similar my compounds are, which gives me a coefficient and the structure it is most similar to. The column refers to a row ID and I was wondering if there was a way to copy the compound of the corresponding row ID and append it to the table. I’ve tried using the RowID node to use that column to create new RowIDs so then I could just merge the output and input tables, but the problem is there are duplicates in the reference column so RowIDs can’t be generated. I have attached my results after the similarity generation, so for example the first row (Row10) is most similar to the compound in Row 24, so I want to get the corresponding compound to row 24 and append it to the table. I have removed the actual compounds as KNIME doesn’t support uploading of sdf files.

I’d start out by trying to use a joiner node to join on RowID and column E. I threw together a quick workflow just to get to that point: 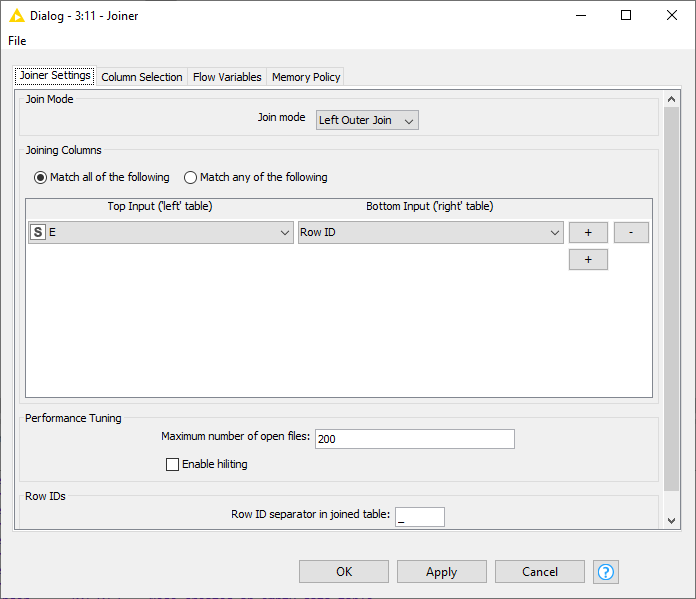 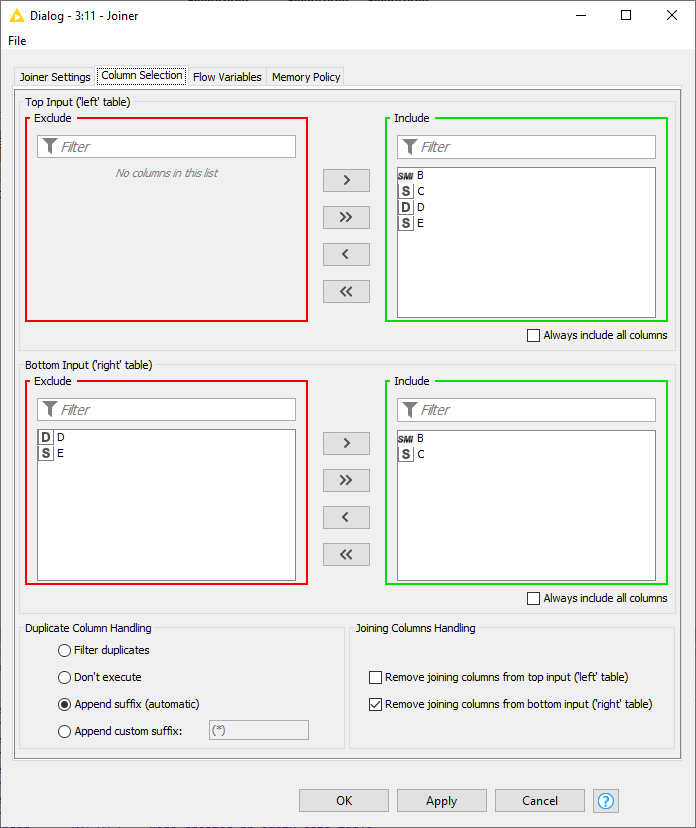 This is the result I get: 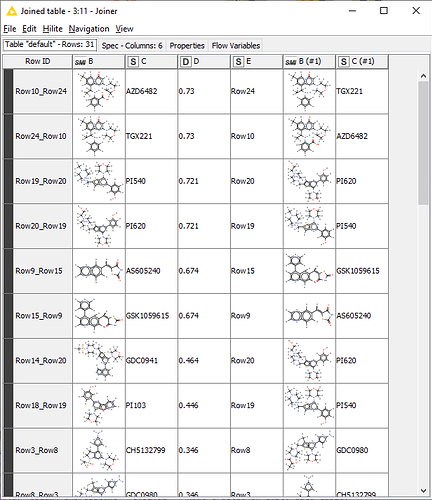 Thanks so much for that, that isexactly what I was looking for.