This could simplify some workflows were column reorder node need to be systematically added. 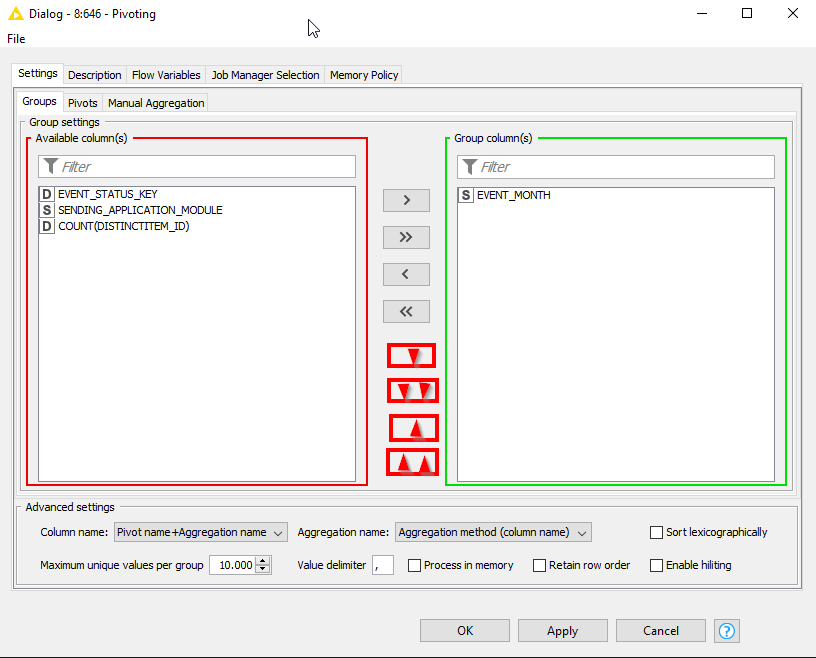 thanks for your proposal. So if I understood you correctly you would like to reorder/rename columns in the output of your node (e.g. Pivot) without inserting additional nodes everytime.

Do you usually sort or rename the columns that are produced as part of the node or also other columns?
Is their a pattern in your sorting (e.g. "I always like to have my pivoted columns BEFORE my pivot group (EVENT_MONTH here)?

I am just asking out of curiousity and to understand how we could best design a feature to do that…
Thanks in advance,
Best regards,
Johannes

I would say that this is useful proposal. Just to provide a possibility to manually arrange fields. As for pivot node the close it to Excel pivot the better.

Hi,
Thanks for your interest. My need is to freely rename the output of nodes like pivot, groupby or joiner. Typical use cases are: