[Feature suggestion] A Node that does Nothing

It would be really cool to have Node that can be used to better structure Workspaces that Does absolutely nothing and just passes through all types of Connectors. Having A “File System Connector” that is linked to 10 Readers and 10 Writers all over the Flow really takes away from the workflows viability. Same go for having one Dataset being used at multiple points around the workflow.

I’m having a hard time visualizing what you mean here, but something I’ve heard suggested along (I think?) similar lines would be “ghost” or “wireless” connectors. You could invoke a reader initially, and then have it used downstream in multiple places without so much mess.

If that would work for you, I believe we have a ticket for it, I would just need to find it

Do you mean like an “anchor point” node? I use the Column Expressions node for this every time at the beginning and ending of vertical workflow levels. It requires no configuration to run in pass through, and it makes it much easier to insert nodes at the beginning or end of a workflow branch.

Since I lean so heavily on the column expressions node anyway, I also find it useful to have those spots readily available for quick formula tests.

(1) Use a Row Filter. Switch to “Include by row number”, and tick “Until end of the table”, which will output the table as is. (this is similar to @iCFO’s suggestion)

(2) If you want to do this like a PRO: Wrap it into a meta node. Call it “Do nothing” or similar. 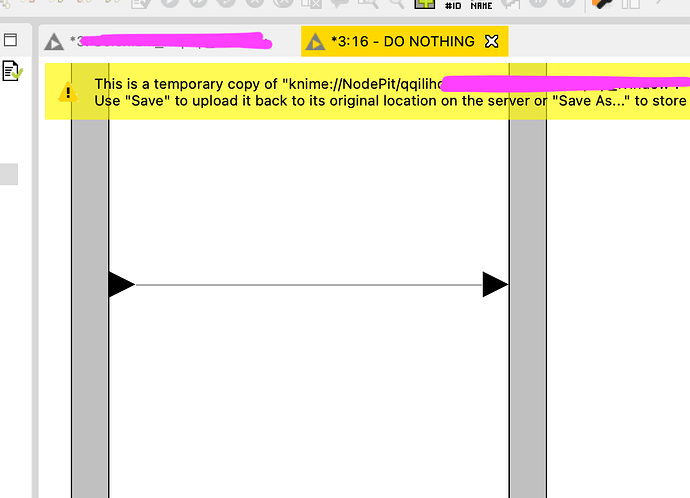 Colum expression or row filter only work for data and variables. And I used it in the past. inconvient but it works. But the meta-node actually does work for all connectors.that actually solves it.

While not what I meant it would be even better. As qqilihq pointed out you can just create an empty methanode and add any connectors you need to it.

You nailed it with that Boss solution!