If the data called OK appears, subtract the fields called MTO_DIVIDENDO_PENDIENTE_INTER_PENAL and CDT_MONTO_COBRO.

The fields called MTO_DIVIDENDO_PENDIENTE_INTER_PENAL and CDT_MONTO_COBRO are of type int

For a better understanding, the formula that does not work for the rule engine node is detailed. 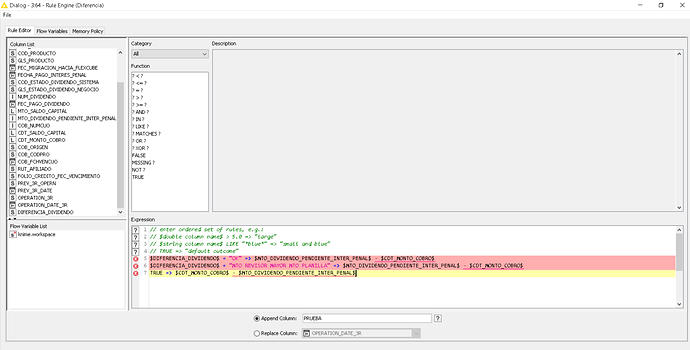 If I all understood it correctly (try to include some example data next time, that helps a lot), you are looking for something like this: 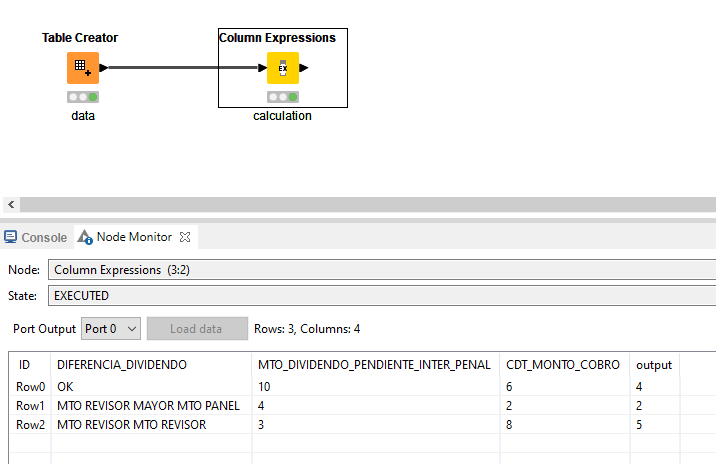 You are better of with the Column Expression or Java Snippet node. The Rule Engine is not really suitable for this.

I used the last group as input. The computation of the rules is basically the same in nature as you had within the Rule Engine.

Note1: since rule 1 and 2 have the same calculation logic, you can also merge the first and second if statements with an OR operator which is ||
Note2: if you want to leave the output empty for example whenever you input does not contain any of the 3 terms, convert the else statement to an if else with a proper rule similar to the other two and make a new else statement.

Thank you very much @ArjenEX