since the newest Knime updates I’m having serious errors when reading files from my server.

In the old version I used the file chooser widget (so that a user could choose a file), but as default I selected a .model file via “Browse”: 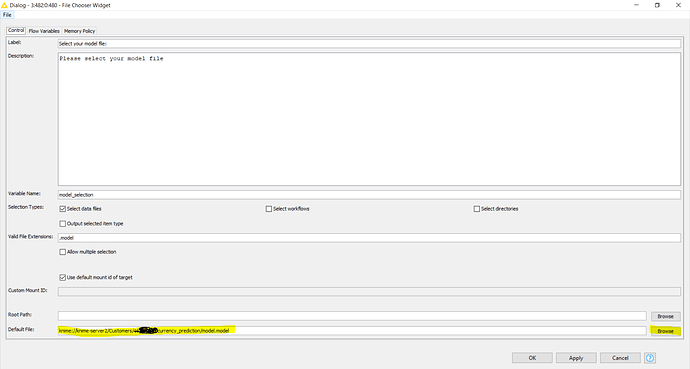 Now when I use that variable in a model reader node:

I run in the error:

Locally everything is working fine, but when executed on the server it doesn’t work.

When I use the new Model Reader Node I can’t select my flow variable:

Is there any possibility that I can use the old deprecated nodes, because i don’t want to change hundreds of workflows. Thanks for your help.

Have you tried executing the precious node and the try again to set the variable?

You mean if I have executed the nodes before? Sure. But I don’t have the possibility to select my flow variable.

Furthermore I would appreciate to use the old version.

I have reconstructed a minimal example. For example if I use the CSV Reader Node as following 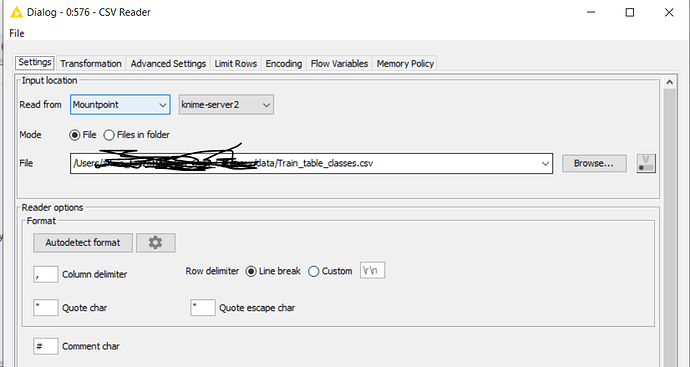 it works locally, but on the server I run into: 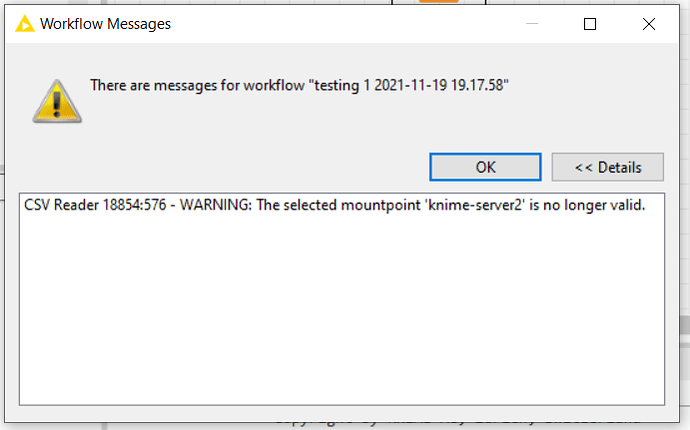 You also could try and connect via:

This node connects to a KNIME Server via REST. The resulting output port allows downstream nodes to access the Server workflow repository as a file system, e.g…

This node allows to create path flow variables. This is done by selecting a base folder and then defining a list of paths pointing to files/folders relative to…

I sometimes find the path and file handling not that intuitive but it should work. You have to always think about what your environment is and what paths the workflow can see at the moment.

use the (new) Path variable format to adress (local) files and handle them. The key is to get a local path and work with taht and if you try to handle files co…

I do not have access to our KNIME server at the moment so I cannot build a full example.

@mlauber71 thanks for your answer. This works in case of the csv reader, but not with the file chooser widget, because I have to select a file via “Browse” in the file choose widget and this selects an absolute path.

You could try and execute the workflow on the server a a new process and see what kind of selection it would run. Maybe you could also try this via the web interface.

Is there no chance that you could configure the position of the model? So you would not have to manually select it?

This topic was automatically closed 30 days after the last reply. New replies are no longer allowed.