Their names come from the fact that they can be used to create configuration windows for you components (previously called wrapped metanodes). You can just use them to create variables in your workflow as well though.

P.S.
To anyone using an older version of KNIME you’ll want to search your repository for Quickform nodes, they have a similar effect.

Ah I see what you mean, there are no dedicated flow variable creator nodes that don’t have some secondary purpose.

The widget nodes are the only alternative work around to using the table creator that comes to mind. They’re for interactive views as opposed to configuration, but can be disabled in the layout editor. 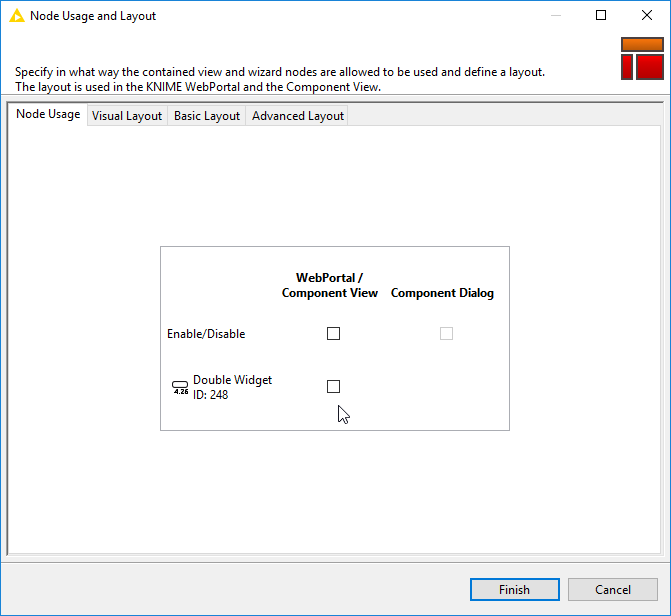 Thank you Corey, consider this a little feature request from me then

But I can also keep using the Table Creator -> Table Row to Variable method that I am using currently, it is no problem. I was just wondering if there is some design philosophy that prevented the implementation of a Flow Variable Creator, since it seems such an obvious feature for an outsider like me.

Don’t think so. It just seems to me there are so many ways to create flow variables so this was never considered.

You could use the “Rule Engine Variable” for that. You don’t need to connect an input port, so you can simply use the node as a “source” (note the outlined input variable port, which means the connection is optional):

The if-then syntax probably need some getting used to, e.g. the following will do:

Interesting, I wasn’t aware of this option. Thanks!