passing column selection as a variable to rule based row filter

I have a data table and would like to filter it based on user selection. I used a column selection widget to pass my selection as a flow variable. But how do i use that flow variable in a rule based row filter?
The flow variable contains the column I want to filter on.

This is my column selection widget. I selected the 3rd selection and it is converted to a flow variable: 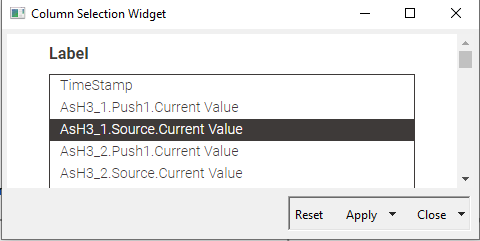 In my rule based row filter, I want to filter that column where its values are equal to 1. I tried using the following expression: 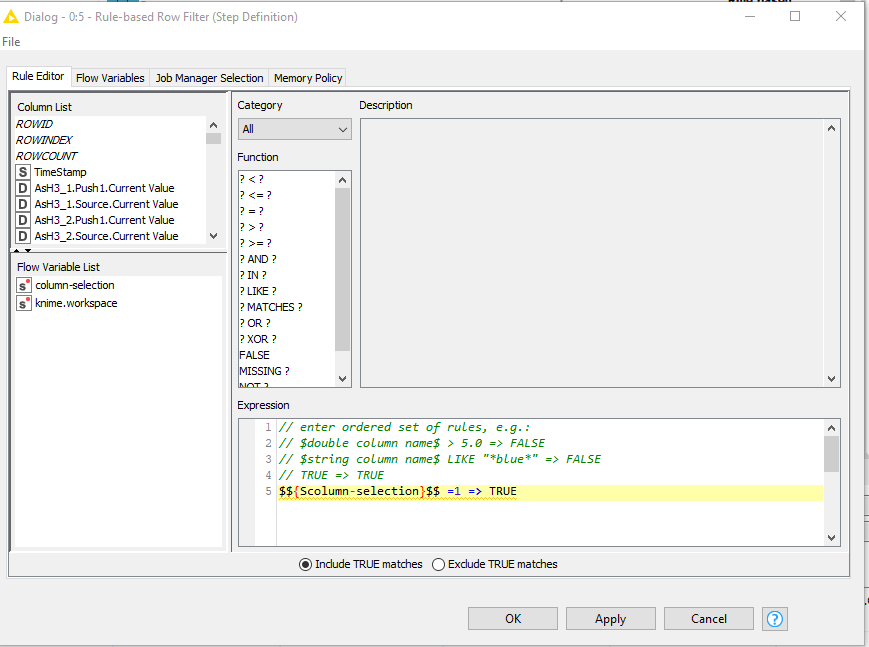 But it is not working. I think it is because it is checking if the flow variable string is equal to 1.
How do make the variable correspond to the columns and THEN filter on it?

I think you’ll need to use a String Manipulation node to create the rule.

The expression would look something like: join("$",$${Scolumn-selection}$$,"$ = 1 => TRUE")
Append the result as a new column named Rule (or something similar).

Then you can use a Table Row to Variable node to turn the rule into a variable, and pipe this into the Rule-based Row Filter node. You would configure the node to use this variable by selecting it in the Flow Variables tab for the “rules” field.