Remove the lowest value based for a given circumstance

I have a dataframe with the ID of sportmans, the test performed, the timepoint, and value for that measure.

As you can see, there are two measures for Sportman02 Hour2.
That’s because the first measure was very low, Hence it’s repeated.

Is there a way of creating a new dataframe where I get only the highest value for a repeated timepoint for a given patient and test?
So in the example above I would get:

Use the GroupBy node. 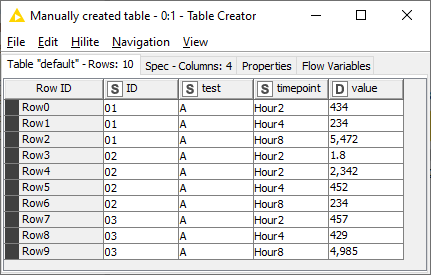 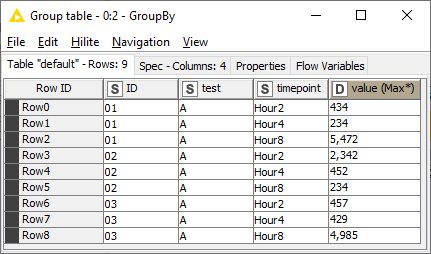 Hi @RoyBatty296 , another way to do this apart from the GroupBy suggested by @elsamuel is the by using the Duplicate Row Filter, similarly duplication on ID, Test and Timepoint, and keeping the max of Value.

The difference is that using the GroupBy, the entire table is re-calculated, hence why the RowIDs are re-calculated. With the Duplicate Row Filter, it will just filter out what you don’t need, keeping the original RowIDs.

Input (same as yours): 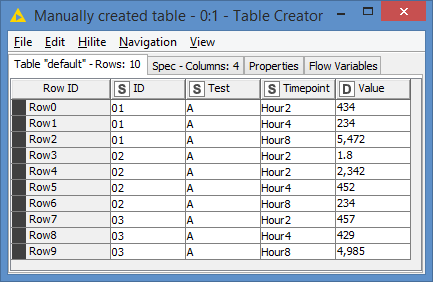 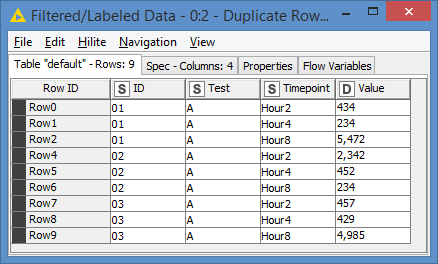 Also, while your title says “Remove the lowest”, actually as per your description (“where I get only the highest value”), you want to remove everything and keep only the highest. For example, on top of 1.8 and 2342 for Sportman02 Test A Hour2, let’s say you also had 2.2, you would not remove 1.8 only, but rather remove 1.8 and 2.2, which is basically saying, in both scenario, that you are effectively keeping only 2342, which is keeping the highest value.

And so, my workflow is called “Keep the highest value…” instead of “Remove the lowest value…”

Here’s the workflow:
Keep the highest value based for a given circumstance.knwf (7.5 KB)