Replace values into a column

I want to replace the value of a column into another column. How can I do that?

can you be a bit specific? Example can help to avoid guessing.

Also you are placing topics into KNIME Development category and that is for users/developers who develop (new) KNIME nodes. Usually KNIME Analytics Platform is the one you are looking for questions like this

Thanks for the notification Ivan.

How about the Column Rename node.
gr. Hans

The column rename just change the name of a column but not replace.

but does replacing has a logic or? As said in my previous reply example would be great to avoid guessing…

I’m also slightly confused on the task, but I imagine the Cell Replacer node or the Rule Engine node could accomplish the objective. As @ipazin mentioned, a small example (e.g. screenshots of Excel) and we can provide an exact solution.

Yes, sure. Here’s the thing. 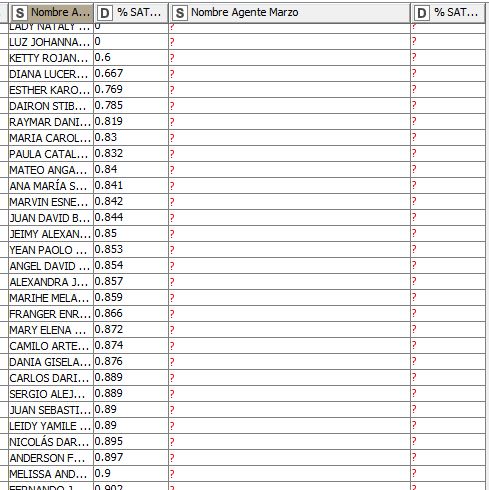 In this image you will see that there are 4 columns, the first column contains the name and in the third column, the name should appears too, because I’m using the Joiner node to join the columns by using the name as the match criterion. However something happens that the names do not coincides, although the name appear exactly in both columns.

For example, the name of Ketty Roj… is exactly the same.

well if join isn’t working properly I would rather try to make join work as expected than fix it with other nodes. Are you using Joiner or Joiner (Labs) to join your data? What are your joining columns? Best would be if you could share Joiner’s configuration picture?