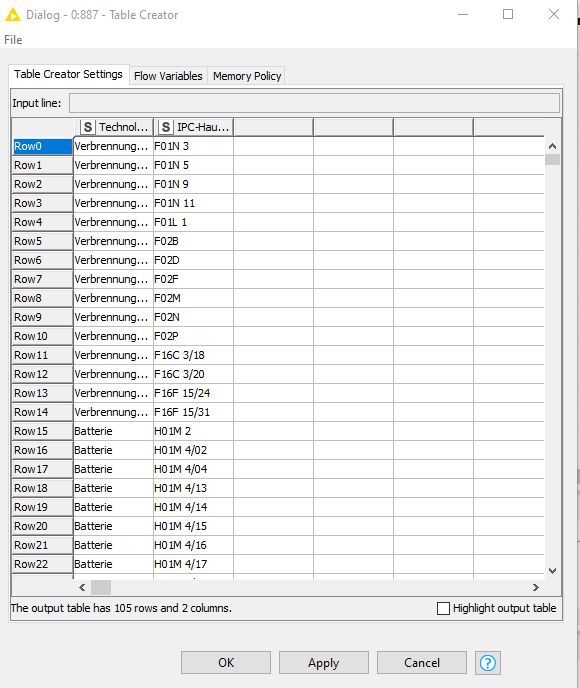 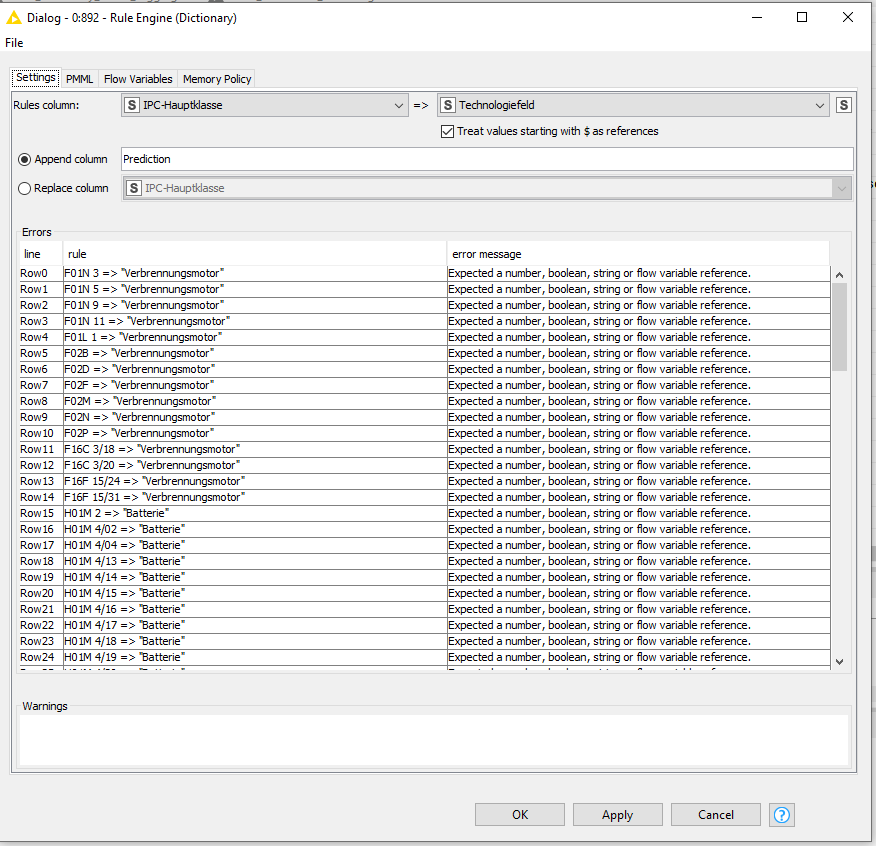 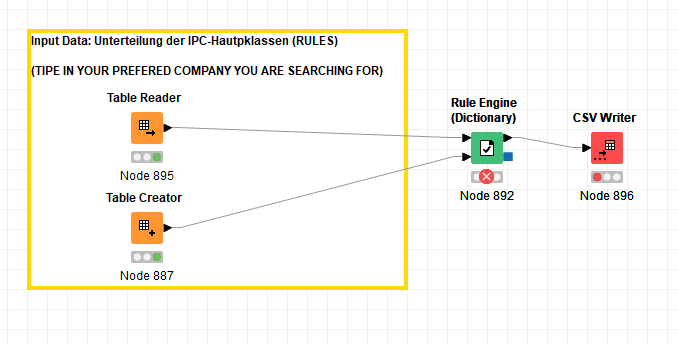 The Logic behind:
I like to lookup the “IPC-Hauptklasse” within my Table Creator and like to append a column with “Technologiefeld” within my FILE from the table reader according to the rule as you can see in the Rule Engine (dictionary) node.

Here is a photo from table reader file:

Do you know the problem?

Hi @8bastian8 , would it be possible for you to upload that workflow, as it makes it much quicker to assist.
thanks

edit: That said, if you are trying to achieve the equivalent of a vlookup, then I think maybe you are better using Cell Replacer, as Rule Engine (Dictionary) is overkill for what you need, and requires more setup. 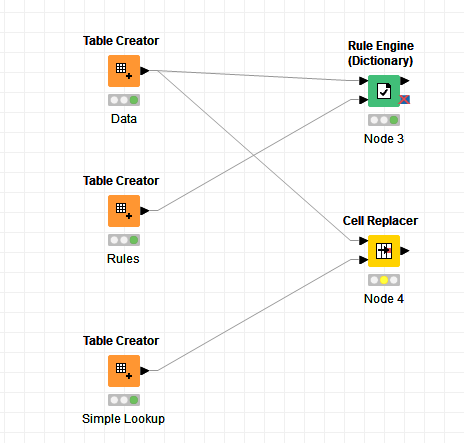 that fits quite well, but I have a problem with the output column, because there are only exact matches shown in the result column.

My logic is: IF my “IPC-Hauptklasse” has a structure like this:

But if there is a lookup value within the table creator given with
“F01L 1/12”-> an exact matching should be considered!

So I have to cases:

Here is my Workflow and the used excel file:
PATENTDATENBANK.xlsx (1023.5 KB)

Many thanks for your help!

Hi @8bastian8 , thanks for the additional information and I can better understand why the Cell Replacer doesn’t do exactly what you require.

From what youo have said though, it seems that you are wanting a lookup that is significantly better than the “approximate match” provided by Excel Vlookup.

In Excel, if you set the final value of vlookup to false (inexact match), then that simply makes the vlookup assume that your “lookup list” is in sorted order and returns the “highest” value it finds that does not exceed the value being searched for.

For example, in the spreadsheet you supplied, if I were to implement in Excel, the vlookup then:

So I suspect that this is not actually the functionality you are wanting, and are in fact wanting something a little more “intelligent” than vlookup’s so-called “approximate match”

It might be that using a Cell Replacer to find exact matches could be the “first-pass” and then following that, perhaps the Rule Engine (Dictionary) could be used to find inexact matches where values are still missing? I’ll have a play along those lines, and see where it goes, but others might have some other solutions too.

Edit: I’ve had a play and am thinking along these lines, which brings back the Rule Engine (Dictionary) as a second pass. It dynamically creates the rules using String Manipulation 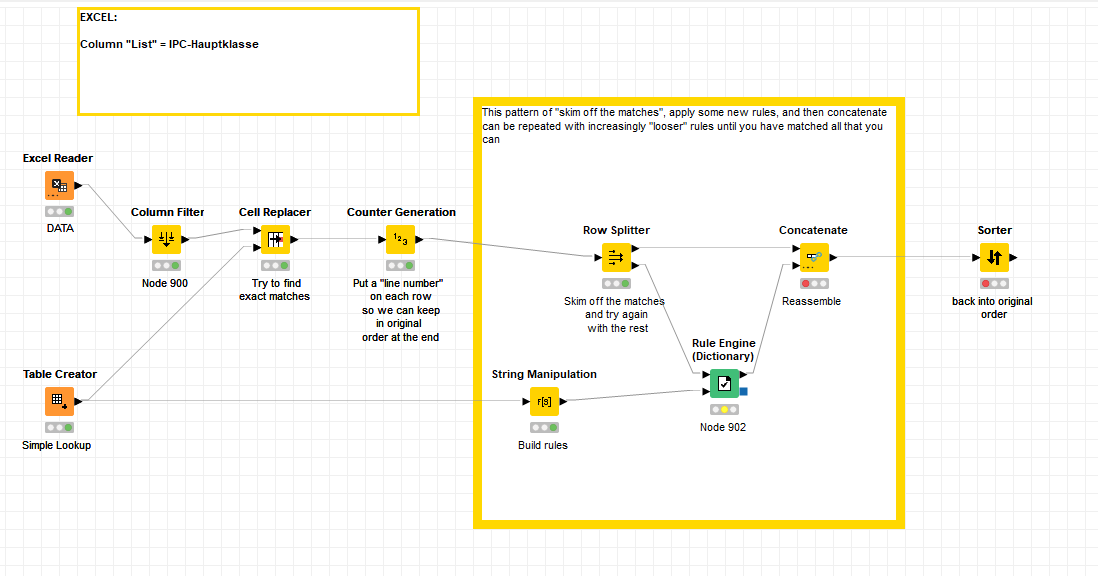 The excel file has been included in the workflow data folder, so if anybody else wants to have a crack at other/improved suggestions it should be simple to do so.

I’m grateful for you help and your time!