I have a data set that contains several projects with a potential commercialization year and the sales forecast from Year 1 to 5 for each project. For each project, year 1 will depend on the commercialization date. Therefore, it can be 2023, 2024, 2028 and so on. I want to arrange the data in columns by year, so I can have it ordered.

I thought about using rule engine node with a rule like this:

I am struggling a bit with the syntax. Any help would be highly appreciated. Also any suggestions with another node works!

Hi @Mati_Concha , and welcome to the Knime Community.

Probably Rule Engine is not the way to go. However, I’m not sure what’s the output you are trying to get.

I can generate 5 years after the Commercial Year, but how should they be stored? As variables? In a table? Horizontal or vertical in the table? As table headers maybe?

Here’s how I generate 5 years dynamically: 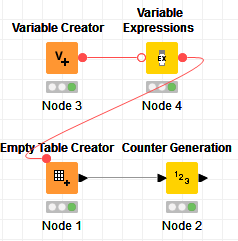 The Commercialization Year and the Number of Forecast Years are both parameterizeable like this: 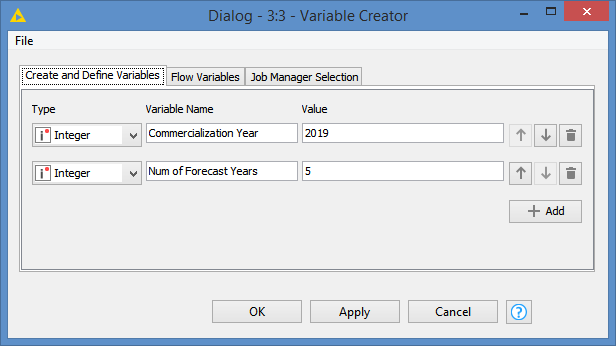 And it generates 5 years based on these parameters:

We can add the labels Year 1, Year 2, … , Year 5 after that, or Transpose horizontally, it all depends on what you want as output.

Detailing the logic/approach of the workflow:
After the parameters are set, I define a new variable for the starting year (Year 1), which is the Commercialization Year + 1: 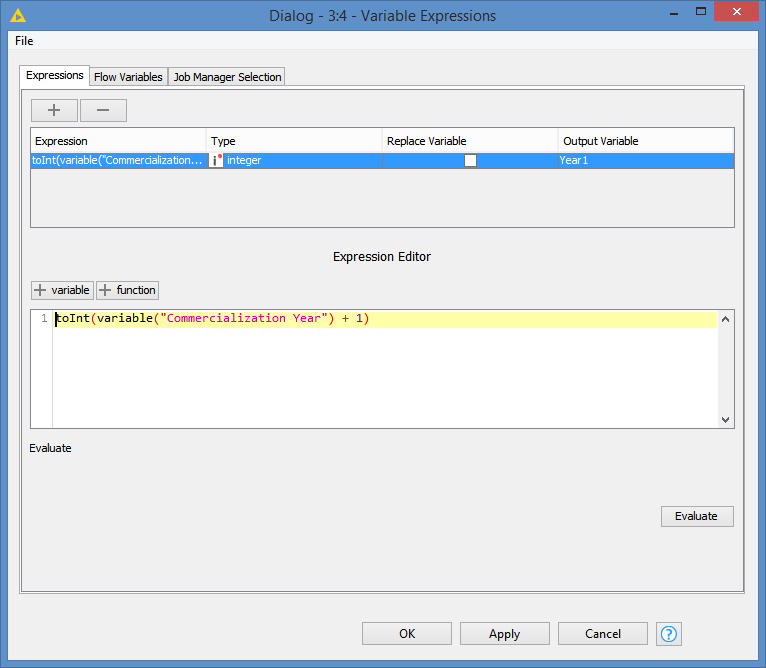 Using the Empty Table Creator, I then generate 5 Rows for 5 years (or how many Num of Forecast Year you enter). This is controlled by the Flow Variable as follows: 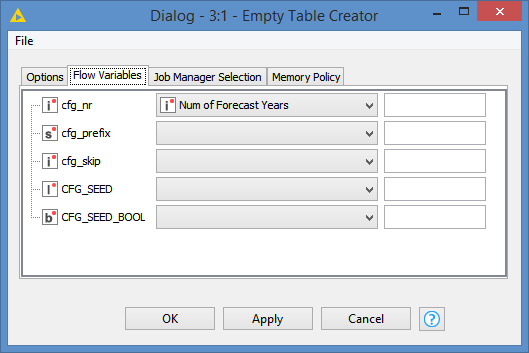 Since the Empty Table Creator created an empty table with 5 rows, the Counter Generation will generate 5 numbers, starting with Year 1 (2020) and incrementing by 1.

This is controlled by the Flow Variable like this: 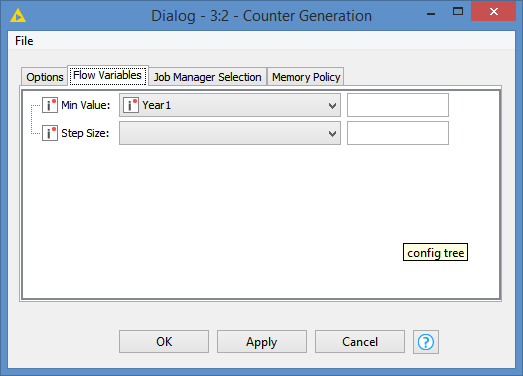 I now have these variables with these values:

Here’s the workflow: Generate 5 years based on starting year.knwf (16.2 KB)

Thanks @bruno29a for the detailed explanation. It seems that is more efficient that what I did. I need the output as new variables and after that, I will unpivot those variables. I did a in-between solution with rule engine.

With this. I created variable “2022” and then created several rule engine rules to created following year. I will definitively check the solution that you proposed to have more resources to work with in the future.

Thanks for the time! 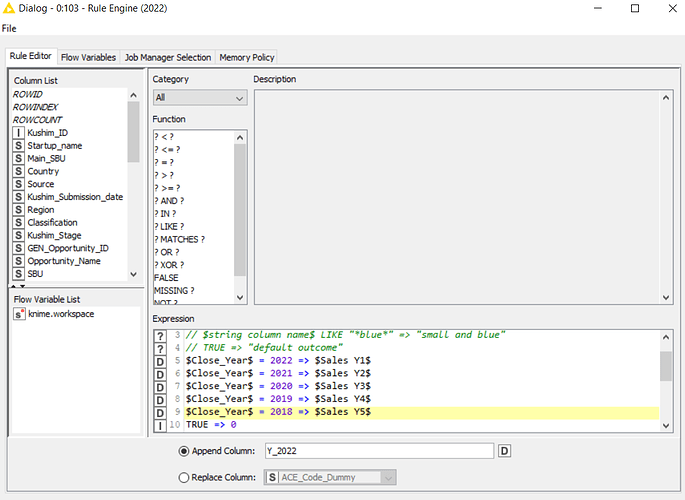 Hello @Mati_Concha and welcome to the KNIME community.

I guess that when you talk about variables, you mean fields or columns, I’m not sure yet.

Please find this alternative workflow. Some of these nodes can help you to make easier your requested transformation.
20211105_string_years_transformation.knwf (43.0 KB)