im using the “table column to variable” node to create a flow variable wich depends on the day of the week, so every day when i run the worflow the name of the variable changes:

Each day the name changes because its getting the name from the row of the previus table (row0_row3, but it can be row0_row1 etc…) and this its causing error on the next node: 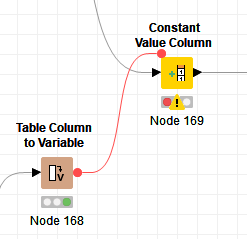 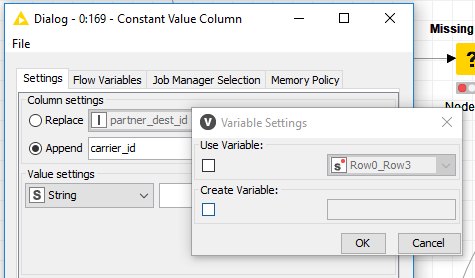 Please, anybody could told me the way that the name of the variable created by the “table column to variable” node mantains always the same?

Use a RowID node immediately before the Table Row to Variable node, and replace the RowID with a new Row ID, which will then always be Row0 or thereabouts for the first row in the table Node to replace the RowID and/or to create a column with the values of the current RowID.

Thanks a lot Steve!! you’ve saved my day

This is how i configured it: 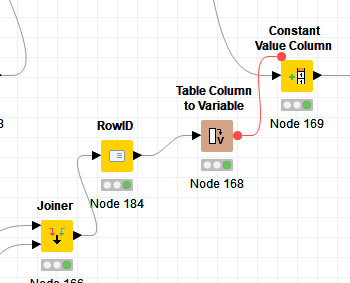 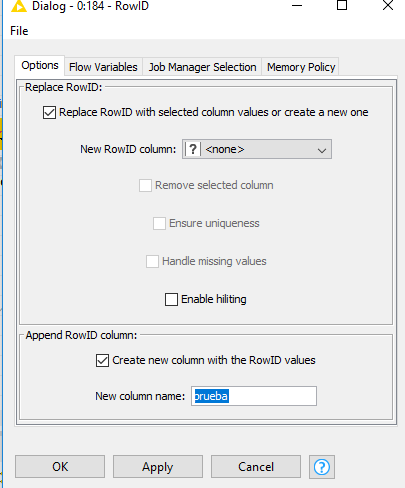 Thanks for answering so fast.
best regards