I have two tables. They both have two columns. A category column and then a count for that category.

I want to join these two tables so that the category is summed.
In this example Abuse would be summed at 48.

Any non-matching rows would simply get their own row and count.

So in this example there is clearly two rows between the two tables with a category of Abuse.
However, maybe there’s a row category of ‘Antagonism’ that doesn’t have any other match. It gets its own row.

Use a Concatenate node, then a Groupby node. In the latter, add Column 1 to the grouping columns, and then in the aggregation tab add Column 2, and select ‘Sum’ as the aggregation method, and at the bottom of the dialog, select the ‘Keep Incoming Column Names’ option

Roger that -
Will look those up.

How about to use the concatenate node and just put the two tables together and then use the group by node? And as @Patrick1974 mentioned: check for blanks or spellings. There should be a string manipulation node for that. 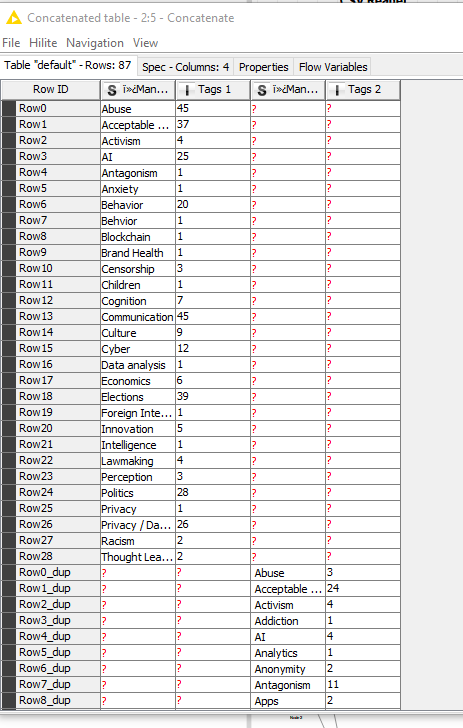 Your problem looks like you have 2 different column names in the two tables, Either rename the second table to match the first (Column Rename node), or use two Column Merger nodes, one for your categories columns and one for your counts columns,
Steve

I didn’t even think to rename the columns. I’ll give that a try.

Vern - looks like the conc is working now?
However I can’t seem to get it to sum right… 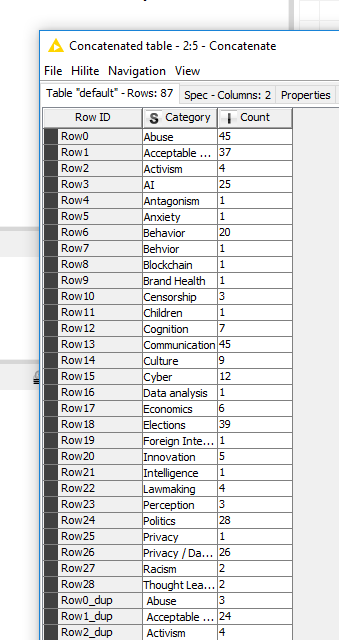 holy crap - got it to work…it was the white space that was stopping the group from working right. ha ~ 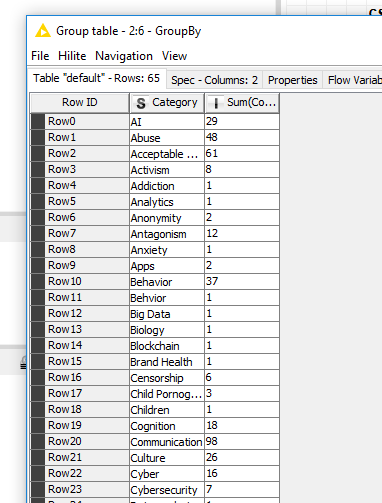 Thanks for the help folks!

Now I just have to create this huge meta node to get it all into a single table. will take some time, but doable.