Use flow variables with datatype long

I have a database query like “SELECT count(*) AS numberOfCols FROM …”. I put the result in a flow variable with the node “Table Row to Variable” because I would like to use the value of numberOfCols in the “Rule Engine Variable”. Now the variable has the datatype long and I can’t use it in the “Rule Engine Variable”. Does anyone can help me to change the datatype? Thanks a lot.

I thought “this can’t be that hard” but then I saw that Long flow variables are invisible to almost all nodes, including Java Edit Variable (simple or normal), Variable Expressions and Math Formula (Variable) nodes.

Could this be a bug in Knime?

So, to solve this problem, insert a (for example) Math Formula node before the Table Row to Variable node: 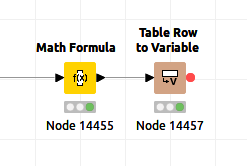 with the following config: 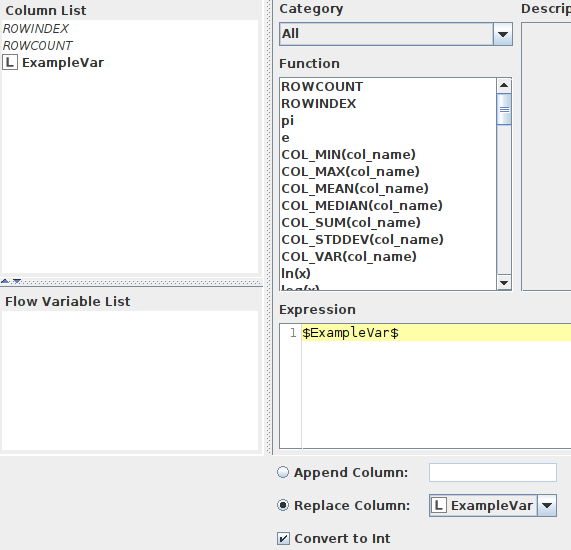 This is just one possible solution, Java Snippet and Column Expressions nodes would also work.

Sorry for the trouble here. Wider application of long flow variables is something we are aware of and working on. Thanks for your feedback (and patience!)