But the VARIABLE IMPORTANCE stats for the two Random Forest Regressions are nearly opposite in their ratings (please see attached below). 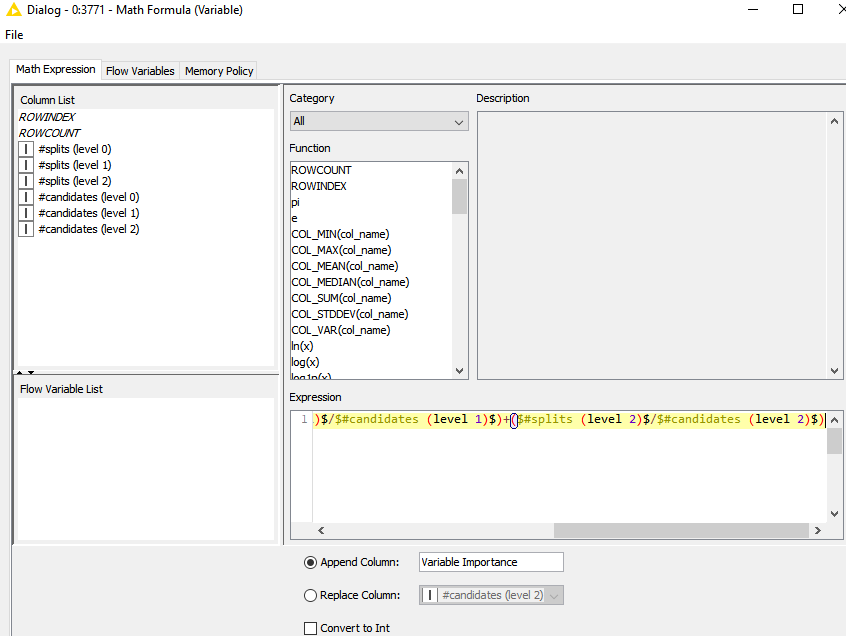 Both regressions have static random seeds set and used the exact same dependent and independent variables.

Any ideas how the Variable Importance weights are nearly reversed–or at least which result you would personally trust more?

Attached is the data set. Ignore variable “PSFAboveGrade” and do not include it. “ClosePrice” is the dependent and columns C through G are the independent.

You can read a bit about how H2O calculates variable importance at this link. In particular:

Variable importance is determined by calculating the relative influence of each variable: whether that variable was selected to split on during the tree building process, and how much the squared error (over all trees) improved (decreased) as a result.

This goes further than the manual calculation you mention above. (That manual calculation also equally weights splits at the first, second, and third levels, which is questionable.) IMO the H2O method is a bit more robust, but that’s only my opinion - I would be interested to hear what others have to say.

Thanks for the input. I will read the information at your link, but it sounds like you would certainly place more trust in the H20 Variable Importance and that’s the one I will use in my work here.

Hi Scott, and anyone else readying this topic. I think I solved the question. 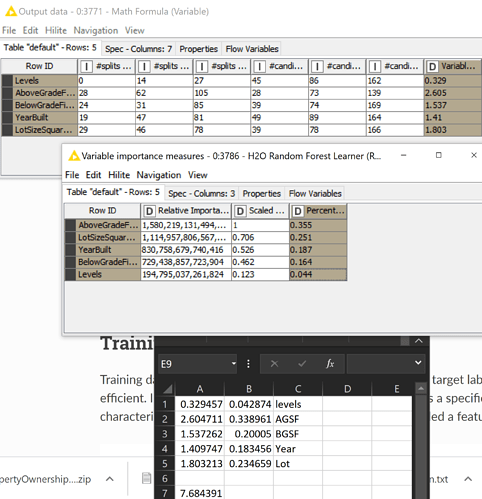 Thanks again, and I hope this help someone else out