I wrapped all the logic (which makes sense to be wrapped) into a metanode. Now I have a variable coming through one input port (a marshalled table of exchange rates as described in here) which I would like to access before any other node does something with the data. This is, because the first operation would be to use the values from the variable to alter the data. The challenge I am facing is, that I don’t see a way to access the variable belonging to an input data flow right at the input port within a metanode.

I know that I could create an additional input port for a “Flowvariable” and connect the flow variable output of the preceding node to it. This does not make sense in my case because the preceding node is also a metanode and would also need an additional output port for a flow variable, which clutters the overall visual representation in an unnecessary way. Also, I don’t want to see this operation on a higher level.

The only solution I see so far is to use some sort of “Noop” node such as “GroupBy” leaving the column selection empty and then aggregating one column using the “first” aggregation method, which should result in a single operation for the whole table, independent of the number of rows in the table. Then I could use the variable output of this node to access the desired variable.
I guess you clearly see how this is not optimal in many ways…

Any suggestions? Will this be a feature request to have the option to tap into the variables of an input port?

After reading the description of your workflow a couple of times, I’m not entirely sure what you are wanting to do. But I have a few thoughts anyway

At any rate, it would helpful to see a simple workflow that demonstrates what you’re trying to do with a toy example. Then we can help make the appropriate adjustments. Is there a small workflow you can post that would clarify?

Hi @ScottF,
when you read it yourself it sounds crystal clear

but yeah I know it’s always more clear with a picture. It needs some effort to create a minimal feasible example, but I hope my issue gets clear through the three images below. I am using KNIME 4.0 and metanodes (not components, nor wrapped metanodes) exactly for the reason you mention: passing variables along the flow. 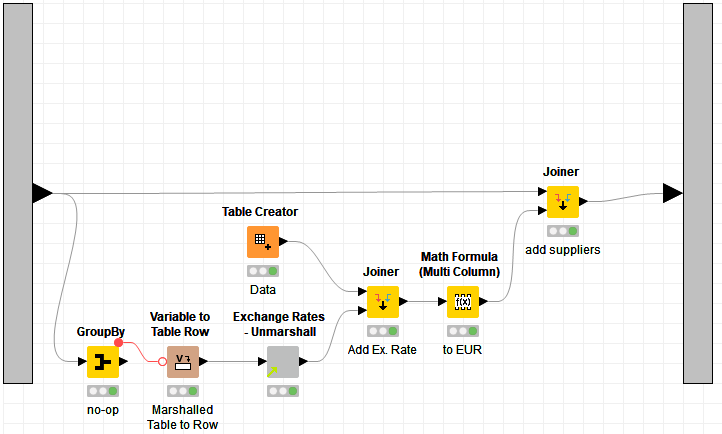 image722×434 15.2 KB
So my question is whether there is something as a flow variable port at the input port inside a metanode (like I am accessing the variable through the no-op)?

Another possibility, as you mentioned, would be to pass the variable flow also into this node through an input port. But this would add too much clutter to my crips overview (which is way more complex than what’s shown here).

OK, that helps clarify things. Thanks for posting the images.

There are three things that you might try, in increasing order of complexity. I don’t know if all of them will work in your case, but it may give you something to think about at least. 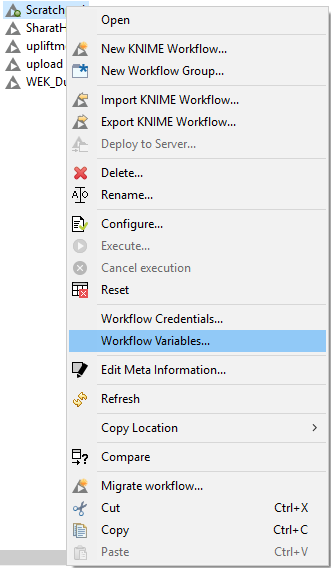