I’m fetching Images from an API and I receive them base64-encoded.

Using the Palladian extension I can convert the base64-encoded string to a Binary Object column.

However I would like to convert those columns to an “Image” column type.

I have a workaround that consists of saving the images on a file system and read them back into the workflow with a “Image Reader” node but that’s quite inefficient.

Hi @sebversailles , you have Table To Image and Renderer to Image that you can use.

Converts an image contained in the first row of the specified column into an image object. If the table consists of more than one row, all other rows will be i…

This node appends a new column that holds SVG or PNG images of the rendered content from another column. You may choose any of the existing renderers for the s…

If you can share some values/data, we can put something together for you.

Hi @sebversailles , I went back more carefully to what you wrote.

The 2 nodes I suggested somehow work only with an image, not from binary objects, which I don’t understand why. I mean if they only take image as input, why do I need these nodes for if I already have the image?

Anyways, for what you need, you can use the Binary Objects to PNGs node.

I put a demo workflow quickly together for you. For my demo, I took some images and converted them to Base64, and then converted them back to image. I also included the use of Table To Image and Renderer to Image as extra. 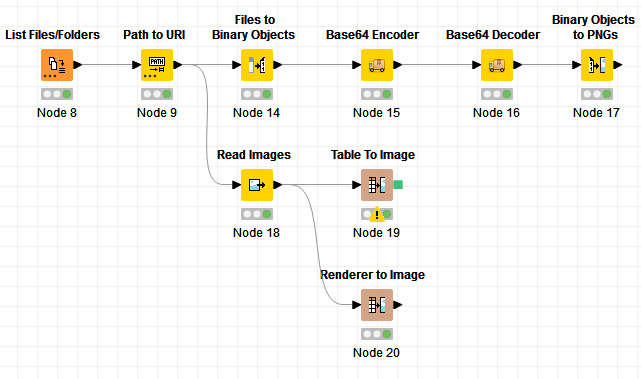 This is the input images: 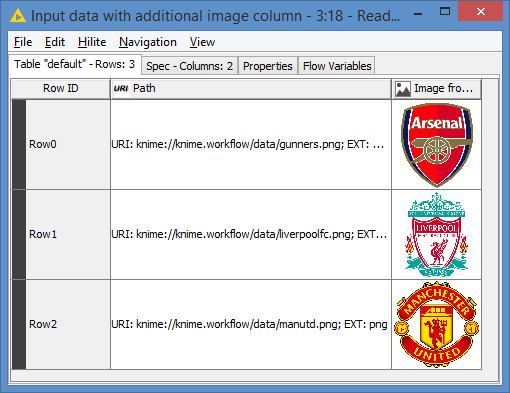 This is what the Base64 values look like (that’s from my Node 15, it’s basically the kind of data you would have retrieved):

Converted to Binary (this is from my Node 16. This is the part where you said you were able to do): 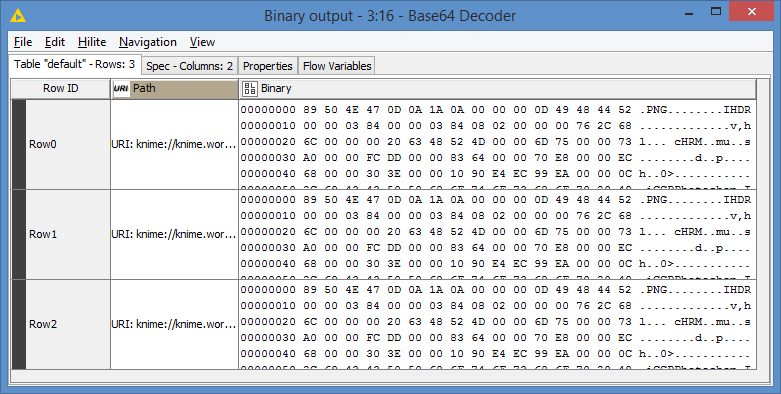 And Binary to PNGs:

Note: In terms of images, Knime is limited to PNGs and SVGs, so if you are dealing with other format, such as jpg/jpeg, it might not be able to render. It may have to do with rights or something (that’s why png was created as an alternative to gif originally). You can try to see if it works with other formats.

EDIT: Actually forget about my last note. I got curious and processed 2 jpegs. While the note I provided is generally true, it looks like Binary Objects to PNGs is able to render Base64 jpg. Whether it’s rendering them as jpg or png is another question.

The Read Images has issues with jpg as expected, since it can only render SVG or PNG as specified in its options: 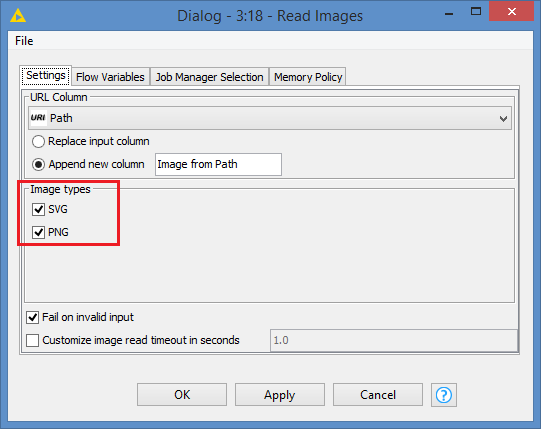 But at least you can render the image with the Binary Objects to PNGs node for any format that the Base64 has encoded. Here is the result with jpg: 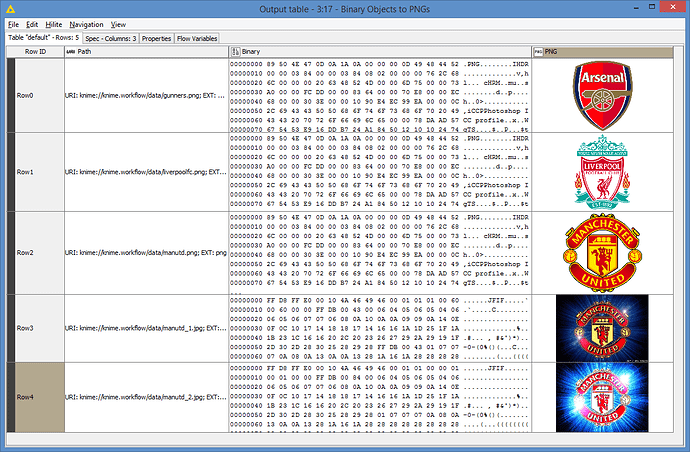 The last 2 images are jpg.

And just to get everything working, I added a filter for the Read Images to read only png or svg: 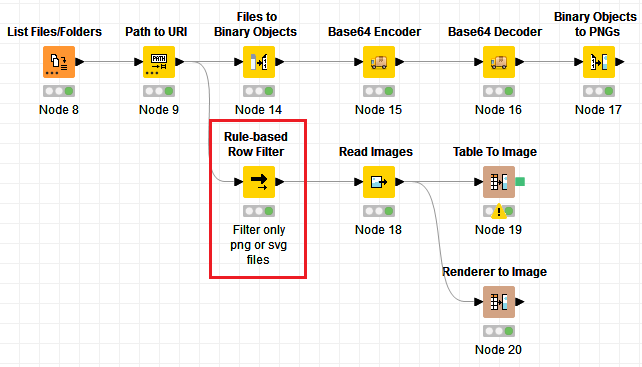 Many thanks for your time and your help!

I think the short answer is that the node I need is the Binary Objects to PNGs node, but I was misled by its name. ( as it works just fine with non-png formats )

Note: In terms of images, Knime is limited to PNGs and SVGs, so if you are dealing with other format, such as jpg/jpeg, it might not be able to render. It may have to do with rights or something (that’s why png was created as an alternative to gif originally). You can try to see if it works with other formats.

Just a little comment here: The statement about the limitation is true for a minimal KNIME Analytics Platform installation. There is, however, an entire KNIME Image Processing extension that does support reading a multitude of formats (thanks to an integration with SCIFIO). If you use the Image Reader node, images will be represented as a dedicated column type that supports n-dimensional images. You can convert such images using the ImgPlus to PNG Image node.