Hi guys,
I have an error message when I try to create a Boolean variable with the String Manipulation (Variable) node.
Its kind of a workaround for not using the java Edit Variable node

But since it works to create Double variable for instance, I though it would for Boolean too 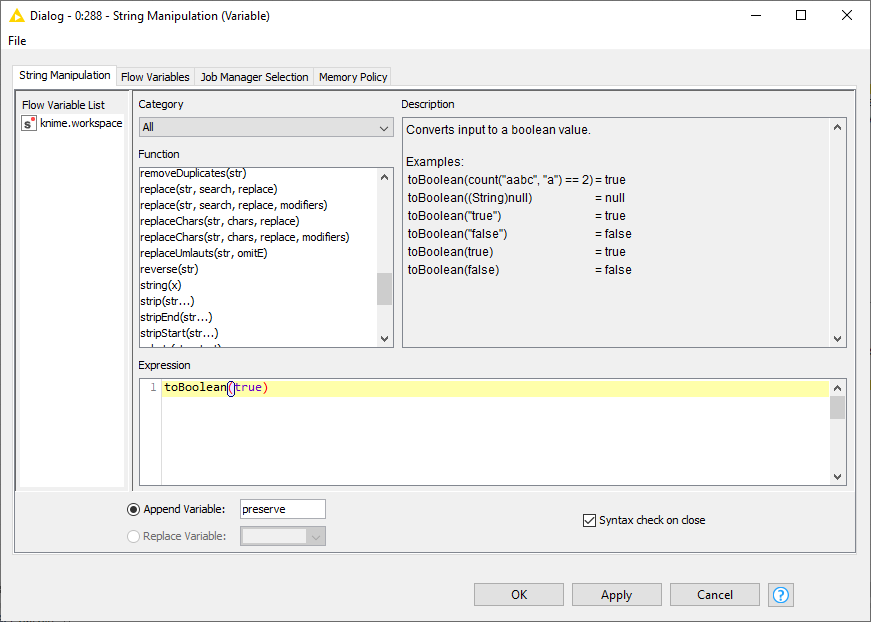 Actually the node does not throw an error when the config window is oked, just when the node is executed.
ERROR String Manipulation (Variable) 0:288 Configure failed (RuntimeException): Invalid variable class: class org.knime.core.data.def.BooleanCell

new flow variables types (Boolean included) are not supported in String Manipulation (Variable) node. Have created ticket to support it (internal reference: AP-13940). Currently workaround is to go to table and then use Table Column to Variable or Table Row to Variable.