I am trying to use if statement in Column Expression Node and now I have faced some problem with this statement.
When I am comparing two data, it is not giving a right answer. Maybe the way how I am writing an expression is not right enough

Can you look at this, please…

There are my screenshots:
I am comparing two data, if they are equal it should set “Current” 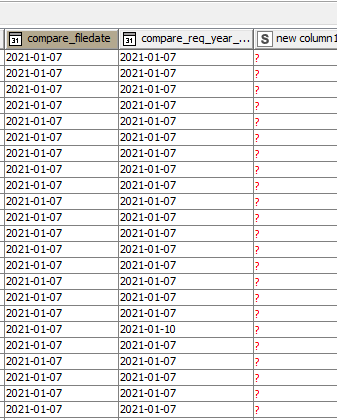 When I tried to use with Rule Engine, it worked finely. But rule engine does not support some math operations as I know. Taking difference from some data

Hi @Karlygash , I think this has to do with the fact that the columns are of date format.

You can convert them to string during comparison like this: 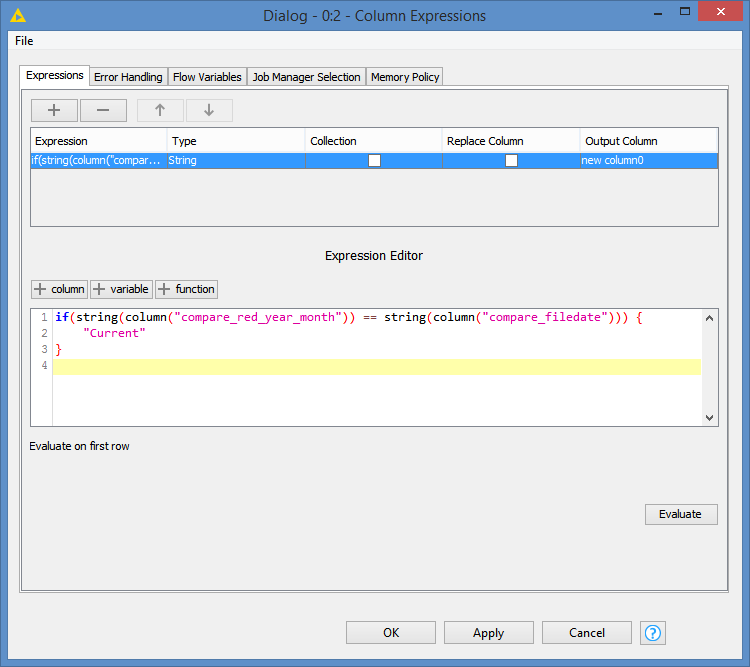 EDIT: Additional info, as you know, the Column Expressions is based on Javascript. In js, you can compare if date1 > date2 or if date1 < date2, but not if date1 is equal to date2, at least not directly as you found out with your issue.

Here’s a quick test. I added this expression as a new column:

So, another way to do this without converting to string would be: 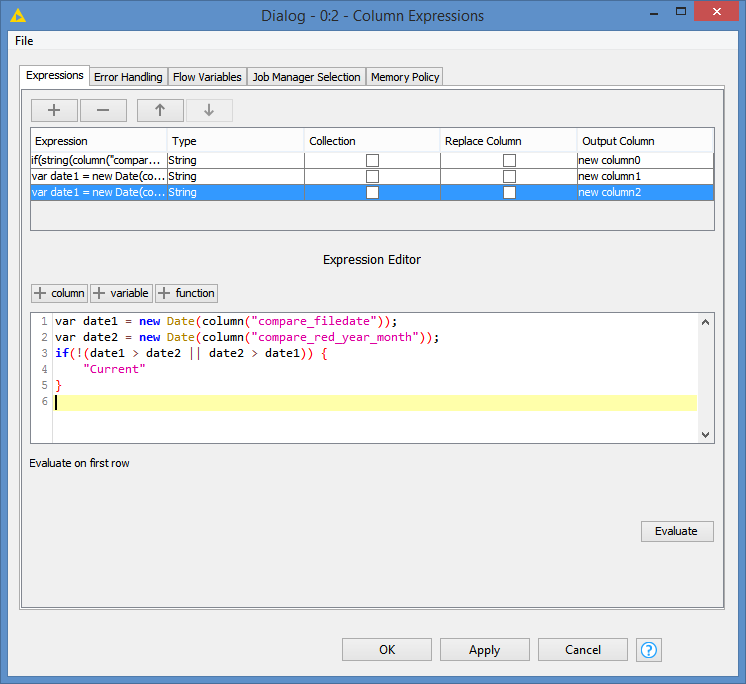 Thanks a lot!
Updated answer was very helpful

Sorry, one more question
Column expression it is from Knime Lab, is it ok if I use all the time? I know that nodes which are in Labs, havent deployed it. I mean wont be there are some bugs?
Personally, I really like this node… All operations in one node

This expression is not accepted, right?

That’s correct @Karlygash , this will not work. You can try it for yourself as a separate expression to see.

ok, thanks a lot

I will try it out

Date comparison in Column Expressions node was discussed in this topic:

and regarding nodes from Labs see bottom two topics:

Hi all, I noticed that the Column Expressions node is listed under Knime Labs. Is this tool production ready or is it still in beta mode (the Hub doesn’t mention this being a Labs node)? I want to use the functionality but have concerns if its not fully complete. Thanks all! sjm.

Hi all, I want to check whether the Parallel Chunk Start / End nodes are still classified as Labs projects under development? I need to know if these are production ready. I noticed they don’t have (Labs) written after the node names, but they are placed within the KNIME Labs folder. Any clarification here would be greatly appreciated. Thanks!