columns get mixed up when creating bar chart or group by

I imported a csv file and all the columns look fine in the file reader (have to use allow short line for it to be read correctly). However, when I create a bar chart or use groupby note, the columns get mixed up. For example, gender column only has male and female and NA values, but for some reason, the bar chart reads data from another column named hair color. 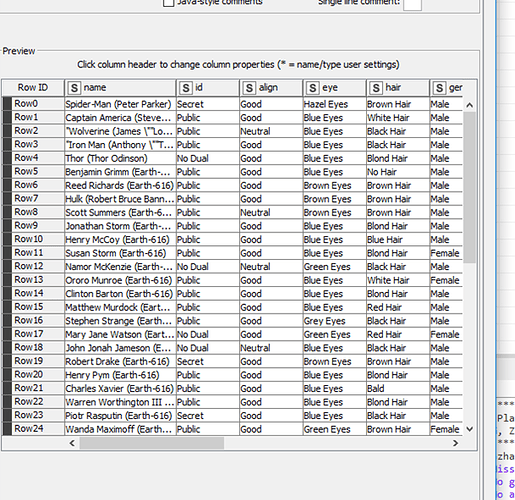 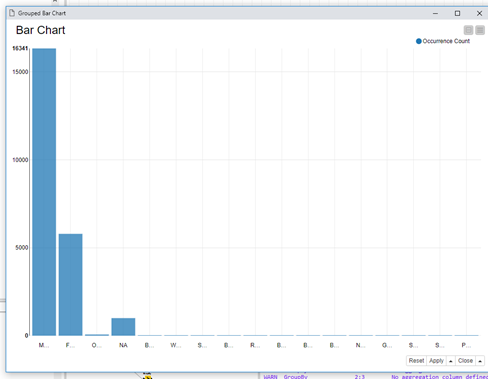 What are the settings you are using in the configuration of the Bar Chart (JavaScript) node?
And what would you like to see as a result?

Here is the configuration. I just need to see a bar chart with only three values. Male, Female and NA. 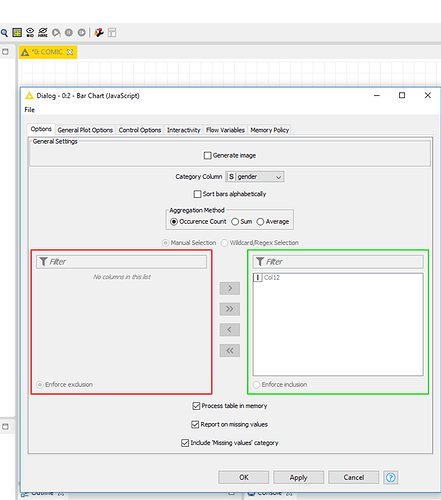 Are you able to share the data and the workflow? If you are we might take a look. These things come to mind:

I had a similar problem where there were some ‘dirty’ CSV files out of a large number of files and they were too large to just ‘edit’ them in Notepad++ (and that also was not a very nice process). I built a workflow using the R package readr, which seems to me more tolerant towards problematic CSV files and gives you some control how to handle mismatching quotes and so on. You might have to toy around with the settings of the read_delim function. [46] kn_example_import_csv_r_readr.knwf (52.…

Thank you very much for your help It is definitely the problem with importing. I looked at it more carefully and it seems that several rows are not imported correctly. I used File reader node but it did not solve the problem. I am new to KNIME. I tried R source node but I am not sure how to make it work. I will continue working on it and post a reply when I solve it.

If you are able to upload the data or a sample that shows the potential problems we would be able to have a look. I would recommend trying to use the R package or get the data in a more ‘stable’ format. Like using a more exotic separator like “|” or even “¤” (Ascii 207) - we used to call this the “run over turtle” and it is very uncommon though still an ascii sign.

Thank you! Here is the link:

with the help of R’s Readr I was able to load the data and now it seems there is no mixup in the data. Although some columns need serious work if you want to use them like first_appear which is a strange mixture of dates and some missing.

You should analyse the data with group bys and check some plausibility because also with Readr there is no guarantee it caught all the quirks. It looks like a mixture of several data bases with slightly different structures. You might want to check them. 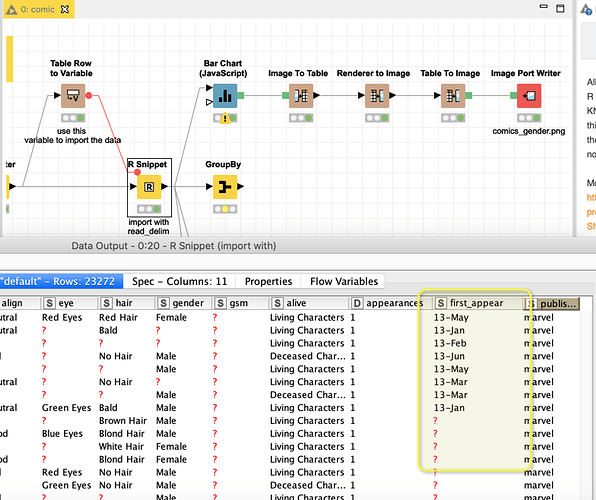 Thank you so much! Much appreciated.

You could use the Line Reader node to just read the file line by line. Connect it to the Cell Splitter node to split the file using specified delimiter. Both nodes allow to keep the Column headers, so you won’t lose this information. Then you could filter unwanted Rows and Columns, e.g. those with missing values, using the respective filter nodes.

Thank you!!! This is very helpful.

<smartypants mode>
The problem is you would loose the information when you might just as well have kept it. And in this specific dataset with just the split by “,” you will get a systematic shift further down the line because of the strange
, “1940, June”, dc
construct.
</smartypants mode> 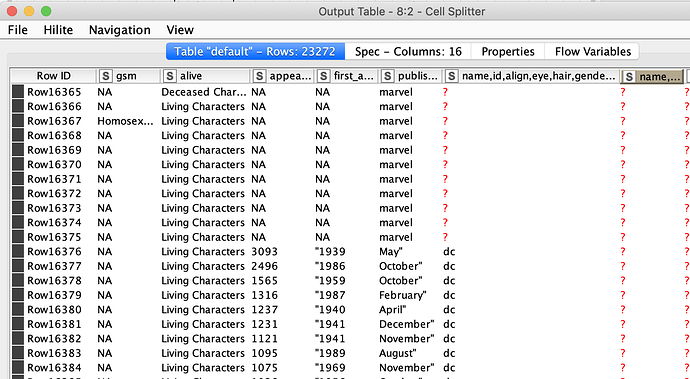