Concatenation based on date in file name 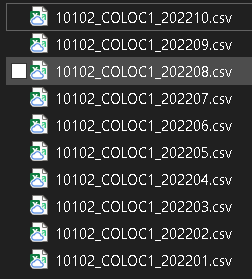 What I do is occupy the concatenate node to group the files in a single base. However, I need that at the moment that it is concatenated, I can identify the date expressed in YYYYMM for each identified and concatenated data (excel image of what I need is attached) 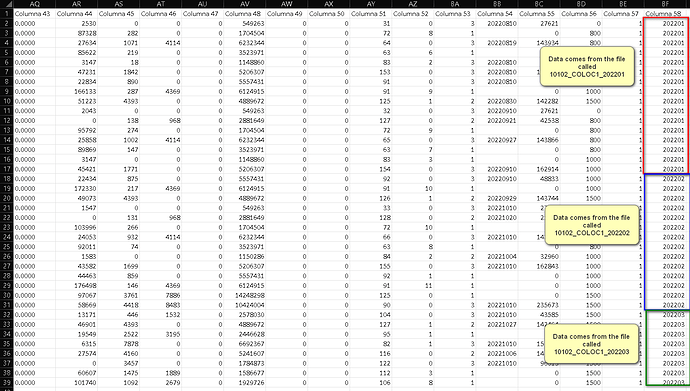 Hi @Pedro87 , the File Reader or CSV Reader nodes allows you to open several files into 1 table for you instead of you having to open each of them individually and concatenate them.

Choose the option “Files in folder”, and then browse to the folder you want the Reader to the read files from.

You also have the option to append the path of the file in a column, so with this option, you know which file the data is coming from.

FYI, you’ve not presented to us what the issue is though…

Hello @bruno29a, thanks for your comments, however I expressed myself badly from what I understand, so I present my problem:

You also have the option to append the path of the file in a column, so with this option, you know which file the data is coming from.

As @bruno29a already mentioned, you have the option to add the path from the file in a column…
You can convert the Path type column into a String with ‘Path to String’ node.

Then, as your file name is standardize, the position of characters in column $Column 58$ within your example, it is always starting 10 characters from the end of the path string and a length of 6 characters.

You can extract this character sequence from the string Path with the ‘String Manipulation’ node:

Thanks for clarifying @Pedro87 , then you can extract this info from the file path as @gonhaddock has suggested.

To add for future reference, KNIME has some direct functions related to Paths which takes away the requirement to convert it to a string first (available in Column Expression). 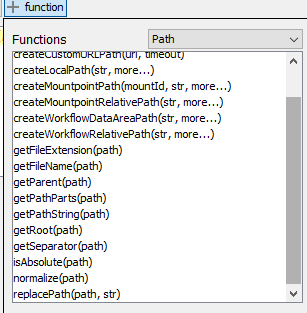 As such, you can also use: 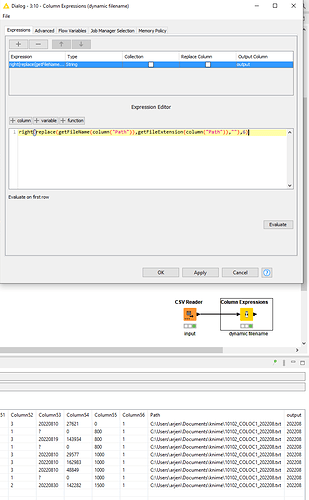 Thank you very much for your comments and help. I’ll start at the beginning to explain if what I’m doing is correct since I try to execute the workflow and I get an error 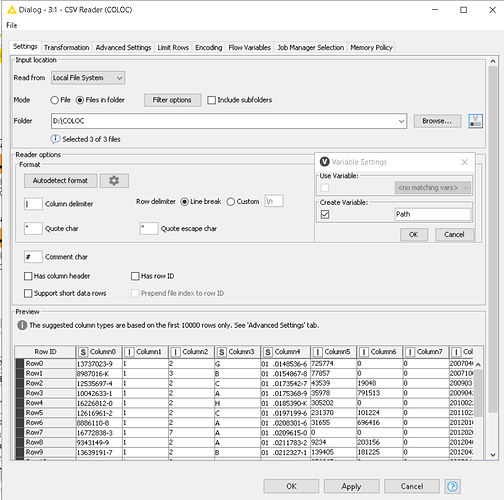 Step 2
I run the reader node with the created variable 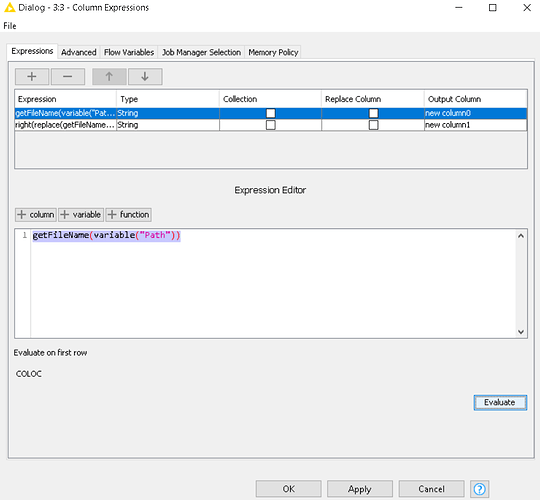 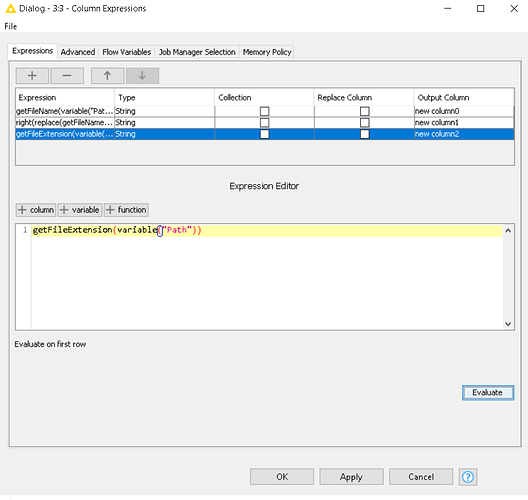 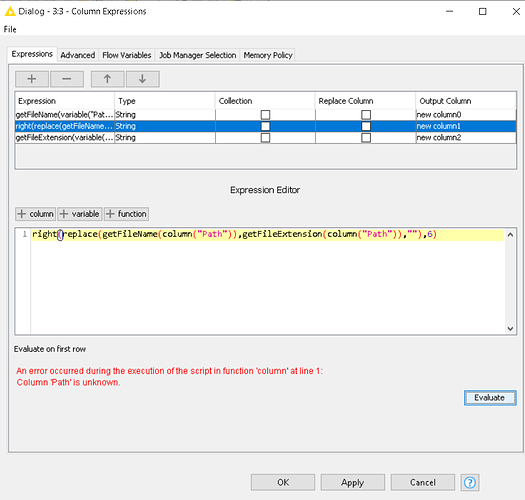 You should not go the flow variable route here since you are dealing with multiple files. 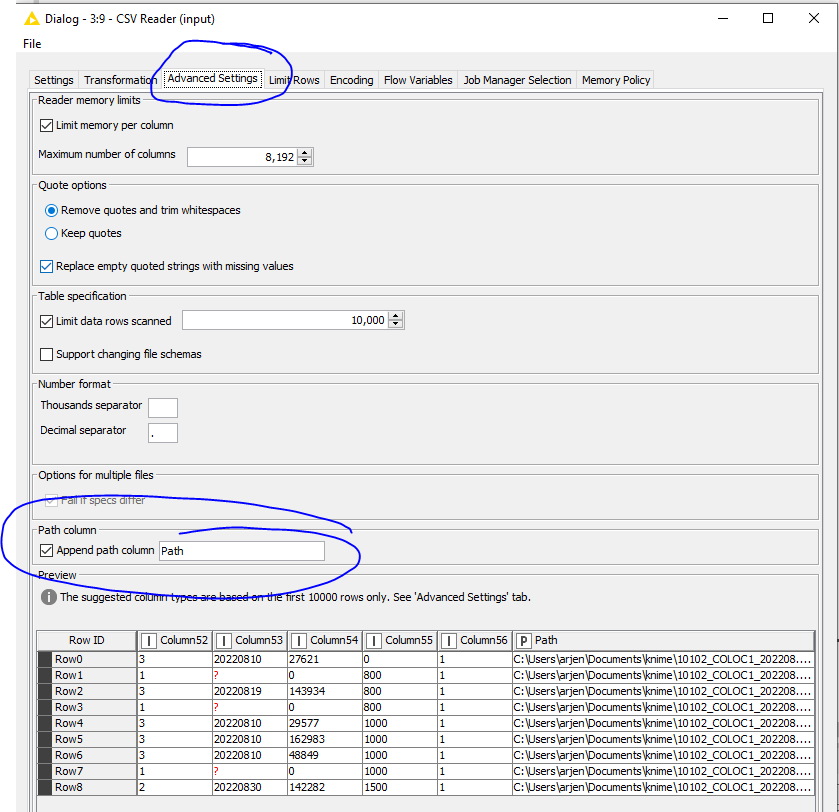 Dear, thank you very much for your support, I did not understand exactly what you were telling me since my language is not English and I have to translate the messages into Spanish and vice versa, therefore the accuracy of the messages is lost, since the google translate is very literal

Tip: there is a dedicated section on this forum for Spanish speaking persons. There are some people around that can help you out in your own language

since the google translate is very literal