Hi guys,
I have a doubt. I would like to create a boolean variable using a Rule Engine Variable node but it seems that it’s not possible. Is that correct or am I missing something? Can somebody confirm this?
Currently, as a workaround I use 3 nodes: Variable to Table Row to transform variables into data, Rule Engine, to create new boolean data and finally Table Row to Variable to transform the new boolean data to a variable. Of course as long as a workaround exists this issue is not a big problem but it’s not very handy and moreover it seems like that the Rule Engine and Rule Engine Variable nodes are not consistent.
Thanks

Thanks for confirming it @ipazin.
I’m glad to know there is already a ticket for such a request.

Have a nice day!
Gio

Hi @gcincilla , a shorter workflow can be made using just one node with the following dummy example: 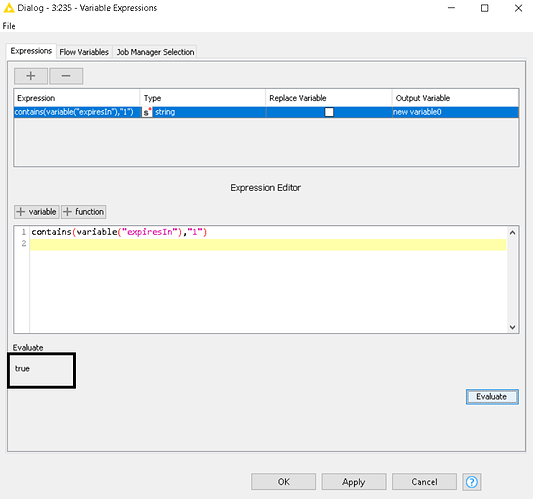 The Variable Expressions Node automatically regurgitates variables of either “true” or “false” values.

Edit: For functions that don’t have a built-in boolean values, you can modify it with something like this: 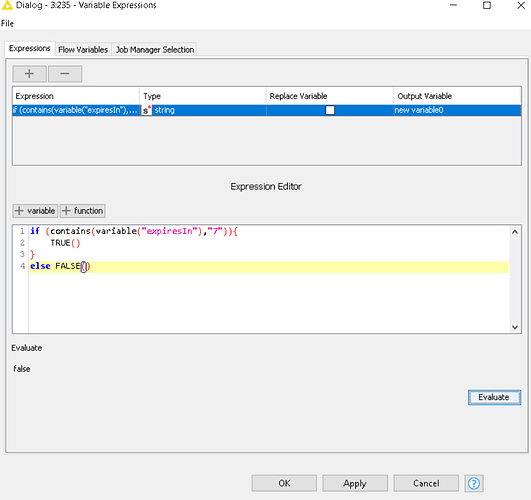