I need to process a file in which there is a string column, for each of the values of that column I must create a directory and a file with the rows to which that value corresponds, for example for the category “CO Investment” one should get the following :
host/CO Investment / CO Investment.xlsx.
Inspired by the flow (Create multiple folders – KNIME Hub) contributed by @Kathrin I created the following flow:

I have two issues:
1.- Why the file corresponding to the first value of the Group Loop node is being written?
2.- The workflow looks over complicated, is there a simpler way to do it?

1 - You haven’t closed the loop. In this configuration you’d need to connect a Variable Loop End to the Excel Writer node.
2 - This workflow is is quite complicated: 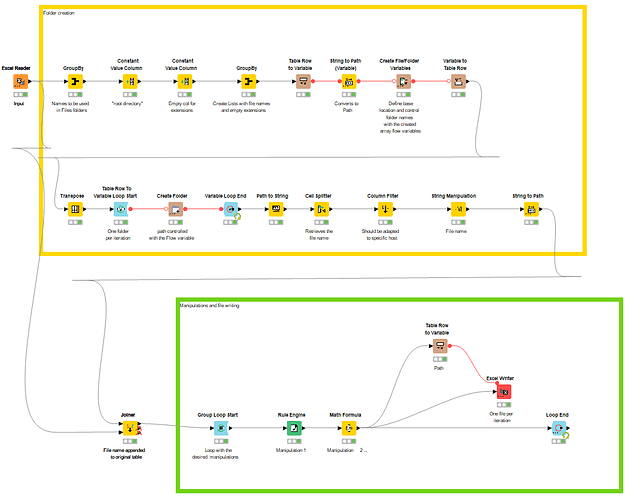 Here’s a workflow that does what I think you want, with fewer nodes: 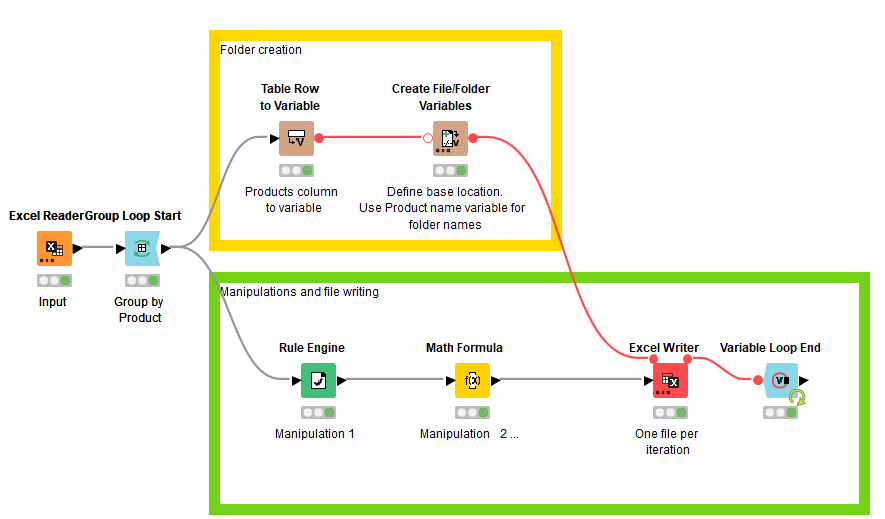 @iperez here I tried to illustrate how the path generation does work.

Also most writers allow the option to create missing folders, although I like the option to only create new folders deliberately.