the sudden decommissioning of the Bash node is causing even more bad side effects.

I wanted to continue work on other workflows:

Hi all, while working with the Column Expression Node I struggle a lot, maybe because of the lack of documentation, to dynamically define the column type (i.e. string, int etc.). I overwrite via a flow variable expressions > element 0 > outputType > cell-class but to no avail. [Bildschirmfoto 2022-09-12 um 13.47.11] I tried with the: exact type declaration like “Number (integer)” or “String” an array index (starting at 0) like 12 for “Number (integer)” or 20 for “String” a cleaned version …

Unfortunately I recognized, due to Bash gotten decommissioned without advanced warning time, that these workflows are basically broken. Broken to such an extend, as the purpose / configuration of the decommissioned nodes seem not properly recoverable, that I struggle to continue where I had to pause. 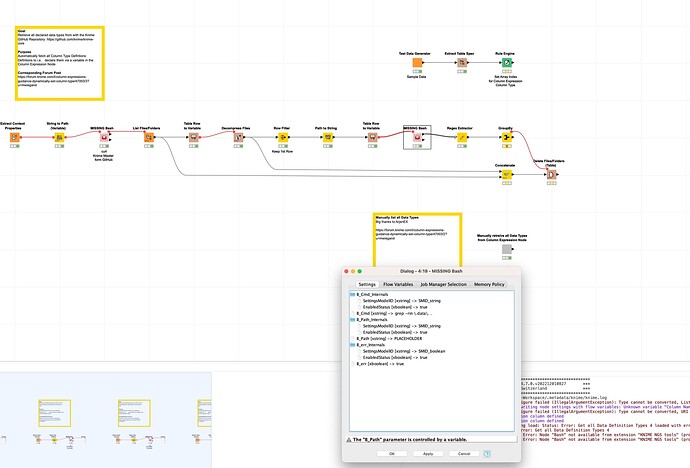 Anyone got an advice except downgrading Knime? Maybe that is not feasible too as NGS could have been removed entirely from the repositories (just an assumption).

@mwiegand in applying the suggestion by @carstenhaubold (External Tool "issues" and high difficulty to use - #12 by carstenhaubold) I have built this and from the first glance it seems to be doing what you want. Maybe you can check this out: 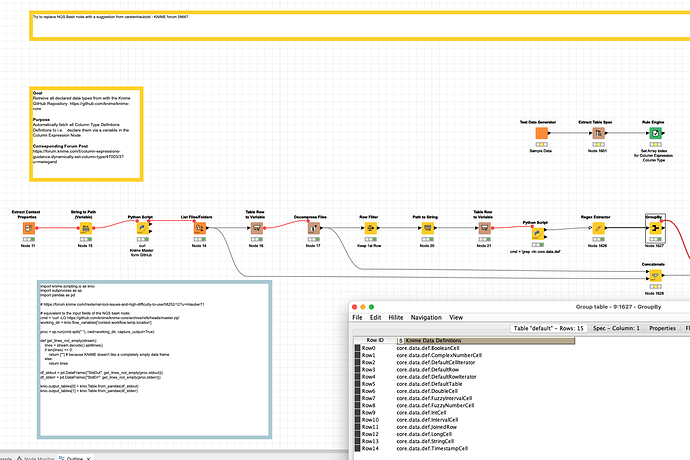 Try to replace NGS Bash node with a suggestion from carstenhaubold - KNIME...

Thanks @mlauber71 but it’s not really about a replacement for the bash node (fyi, I started that other thread

and now working on updating my workflows). It’s more about a follow up “challenge” when trying to replicate what was once configured in the bash nodes but became inaccessible to some degree.

Maybe this is more about the deccomissioning process itself causing many negative effects. By trying to configure the decommissioned nodes one could figure out the former node settings.