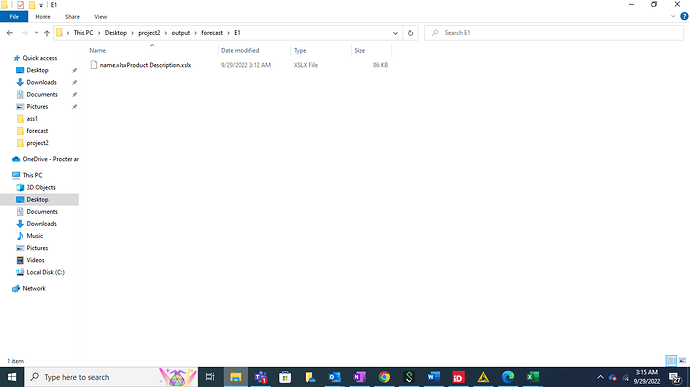 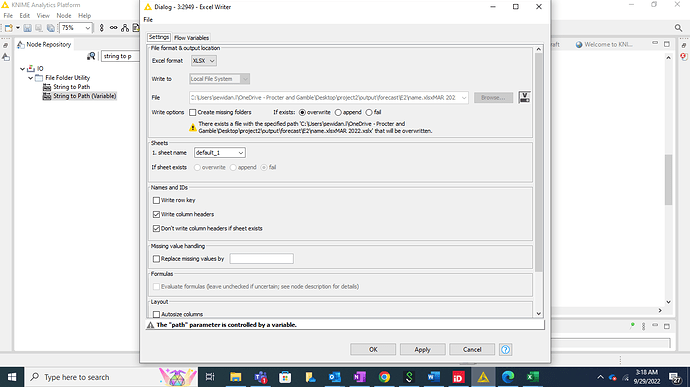 What is an XSLX file?

It only does what you tell it.

What did you tell it to do?

You have a variable controlling the path parameter. What is it? Where is it coming from? How was it created?

My guess is that there is a formula flaw which had “.xlsx” in the place of the last “/“ for the final folder in the file address.

Hi @lamasewidan , to both @elsamuel 's and @iCFO 's points, we basically need to see what value you are passing in the flow variable, and you would need to explain how this value is built/created, or where does it come from.

To quote @elsamuel “It only does what you tell it”. We just need to understand what you are telling it, how it came to that, and also as important, you need to explain what’s your expected results.

Is it just the extension of the file that’s an issue? How many files were you expecting?

The file that is being output is not “formatless”. It is just Windows doesn’t know what a file with the extension .xslx is. When @elsamuel asked “what’s an xslx file?” He hit the mail on the head.

As has been mentioned you are using a flow variable to generate the file name.

Basically, you have a typo somewhere and you are naming the file in the flow variable as .XSLX instead of . XLSX.

ie you have the L and S round the wrong way

Unsurprisingly, Windows doesn’t have a clue what a .XSLX file is and so doesn’t show your expected Excel icon… in Windows explorer if you were to rename the file as .XLSX you’d find the format of the file is perfectly correct and windows will display the correct icon. So you just need to fix the part of your workflow that generates the flow variable for the file name.