This one always plagues me during my data manipulation. I have no problem extracting data from the left to right. However, my data that I want to extract is often on the end or in worse case in the middle. The real challenge is that the string is dynamic, so a cell splitter based on spaces just creates a jumbled mess to work through. In the case outlined below, I do know that I need the data from the right of the string based on spaces (always 4), but not character counts (too dynamic). I have tried the String Manipulation with a “-4” but it just removes the first 4 characters. I have played around with ReGex, but to no avail. Basically looking to find the 4th space from the right & extract only the characters. I know I am making this way too hard… 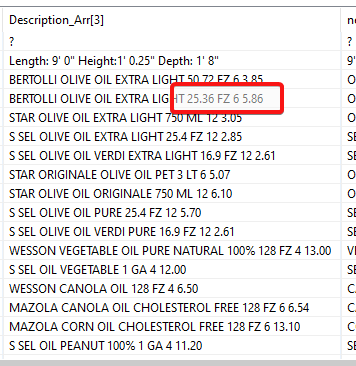 hi @davehansen ,
would this be a correct result?

Awesome, yes the second one is the desired end state. Those values will later have calculations built off of them.

Great stuff here! For my learning what does the ^ denote?

Thanks @Thyme
@davehansen , in your case: ([^ ]+) is a capturing group of non-blank chars. I replace the original string with the four rightmost groups of non-blank chars separated by one or more blanks. It would be difficult to capture the same groups would they be placed in the middle of the string, unless they had a well-defined pattern. For example, you could capture a sequence like this

using this regex (which works in the former case too)

You can see the result in the Regex Extractor node 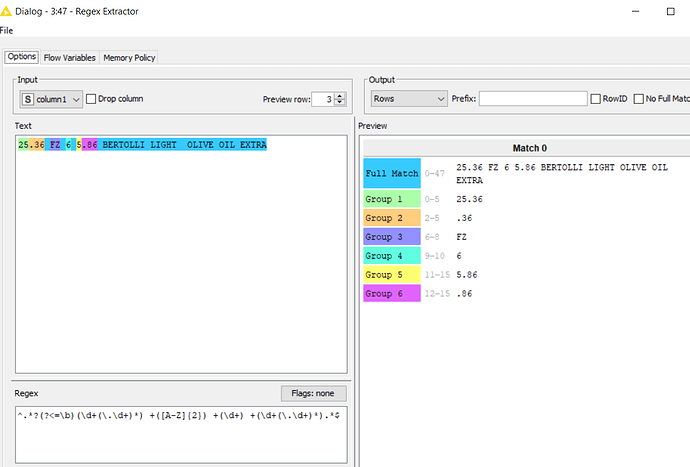