Hi, it has happened me a good number of times that I realized after having carefully tweaked a number of columns in the GroupBy node, that I had forgotten to add a column. Sure I can add this but then it ends up last, whereas I would have liked to have it higher up. I know there is a Column Resorter node but still I believe having the possibility to resort the column order in the GroupBy node would be a significant enhancement. 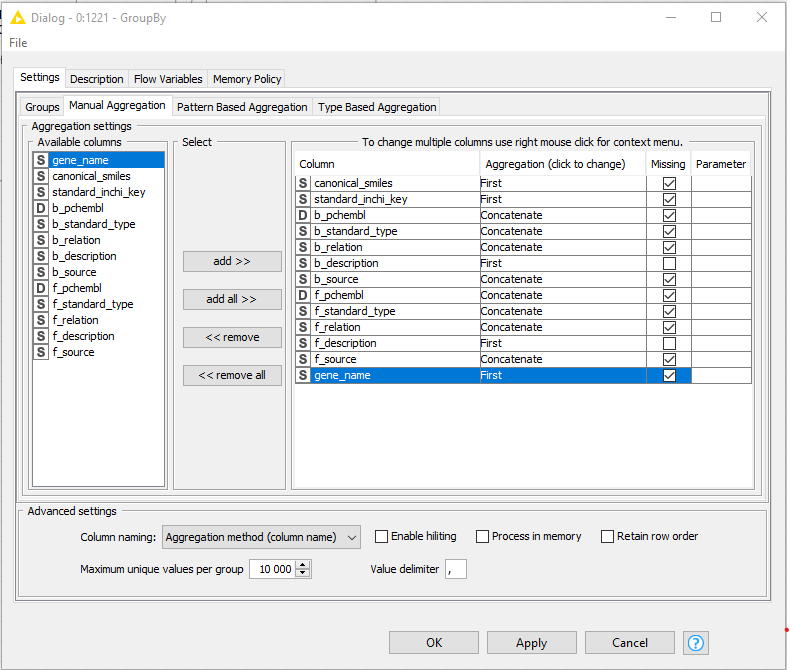 Great suggestion ! I confirm I have been through the same situation quite often and the possible of column sorting would be a great improvement.

+1 for me too. The resort option could be adding the possibility to move the columns up and down, same as what we have in the Column Resorter.

EDIT: Actually, I had not noticed this before:

So, you can actually select the same Aggregation for multiple columns by doing a right-click. I guess it could be easier to do it the way I suggested too (highlighting and select Aggregation)