I would like to create a Workflow that generates Scaffolds from an SDF input file.

The steps would be:

I attached an image with molecules expected. It would be nice if someone has an idea on implementing this in KNIME. I also will try if I can achieve this with RDKit + Python but have not done this in the past so if someone can give me a hint using the RDKit tool would also be very nice.

Many thanks in advance. 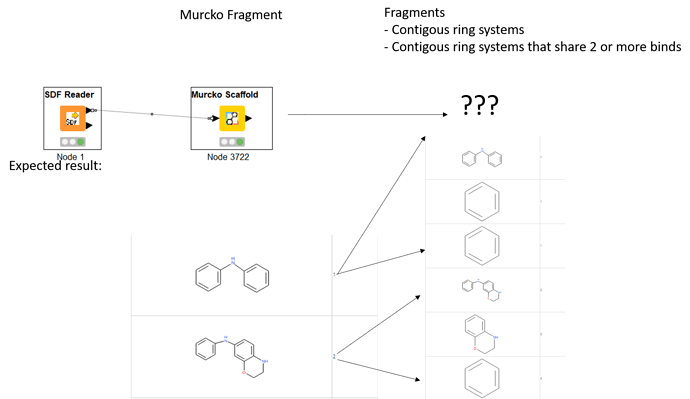 I was just coming to point you to the RDKit’s own scaffold network implementation (some documentation here: RDKit: Interactively exploring ScaffoldNetwork options).

Glad you found something that works for you; I should also check out ScaffoldGraph at some point to see if there’s anything we should consider bringing into the RDKit core.
-greg

Hi Greg, many thanks for your reply. This is great actually. With ScaffoldGraph I was still not able to include scaffolds that consist of tow or more rings that are connected via bridge-atoms of a certain length.