I have a symmetric matrix which I modified a bit:

Now I want to make a network analysis graph which describes relation between different person in terms of edge thickness and node size. e.g. the graph should look like this: 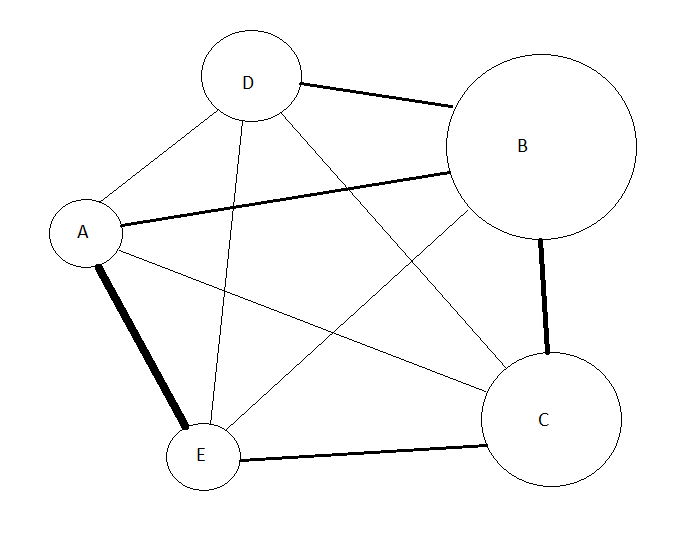 Is it possible to do it in Knime? Any leads would be highly appreciated

You should try looking at the Network node set, found in the ‘Other Data Types’ collection. Node size and edge thickness can each be controlled using the ‘Size Manager’ and ‘Feature Inserter’ nodes, and visualized using either a classic or JS ‘Network Viewer’ node.

There are certainly several ways to attack this problem; one might be (generally):

Create and edge table, whereby your matrix will need to be transformed such that edges are defined by each row of your table (e.g., node1, node2). A third column of the table could provide the edge weights.

A separate table can be used to define the unique nodes and their names and weights.