How to compare all the cells in two tables

Hello,
I want to compare two tables, the Table1 is the reference and Table 2 is actual table.
the Resultant Table is as follows:
Col1 of result table:
The col1 of the reference table contains num1,num2,num3,num4, The col2 of the actual table contains num2,num3. Now the num1,num4 values of Ref Table are not present in Actual Table , Hence they appear in resultant table.
*Col2 of result table:
James,Hello( of col2 in Table-1) are shown in resultant tables because they are close matches to Jame, Hell(col2 of Table-2). Food is also in the resultant table because, the Value is missing in the actual table.

Can you please help me with this?
Thanks in advance.

Having your conditions in mind, I have built this workflow to do what you asked for: 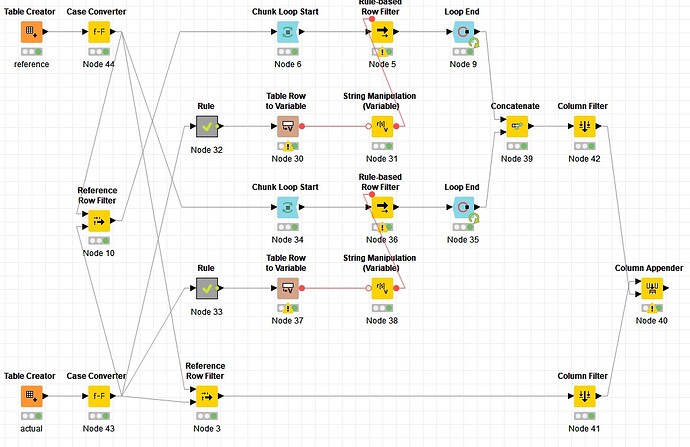 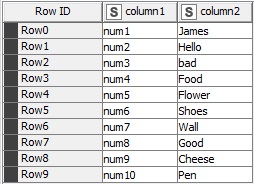 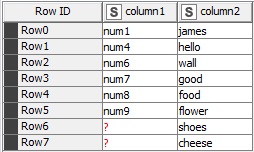 Please check the workflow and let me know if it works as expected:
mess.knwf (147.3 KB)

Hello Armingrudd,
Thanks a lot for the reply, the workflow is giving the intended result.
I didn’t understand what exactly is the column1=column2 in the rule-based row filter performing ?
Do you mind giving a glimpse of the logic of the wf?
Thanks,
Pruthvi

Hi,
Actually the “Rule-based Row Filter” nodes apply the rules produced by the “String Manipulation (Variable)” nodes as flow variables. The expression inside the filter nodes is ignored as it’s controlled by the flow variable. The rules for both rule based row filter nodes are created in those recursive loops inside the Metanodes.