You can generate a string with the rule engine node, then use the column combiner node to combine the string with any column.

Is that what you want?

Or use the String Manipulation (join("blabla"," ",$Value$)

Or use the String Manipulation (join(“blabla”," ",$Value$)

join() is my go to. noticed you left an extra parentheses on the sample join calculation.

Hello!
I tried the join() in the last line of the rule in KNIME Version 4.4:
TRUE => join("* ",$txtMyString$)
which results in following error:
“Expected a number, boolean, string, column, a table property or flow variable reference.”

$txtMyString$ is a string column

You need a seperate node (e.g. string manipulation) after rule engine to do that.

Hello @Daniel_Weikert !
Thanks for your response. The Point is:
In the rule engine, I aggregate different categories, but if I do not find a “overall” categorie, I would like to use the original categorie but want to add a flag. Thisway we can easily see if this is an aggregation or not. The rule engine ahould looks like this:
// aggregat UX-Testing, DB-Testing,…
$txtMyString$ LIKE “test” => “Testing”
MISSING $txtMyString$ => “unknown”
TRUE => join("+ ", $txtMyString$)

… but the join as described in this thread does not work anymore.
Is there an easy way to replace the column with the new category, or do I have to add additional nodes where I must compare original category with the output of this new category. delete the old column and rename the new column?
Matthias

Hi @Matthias_W , as @Daniel_Weikert has mentioned, you have to do this in a separate node first.

… but the join as described in this thread does not work anymore. 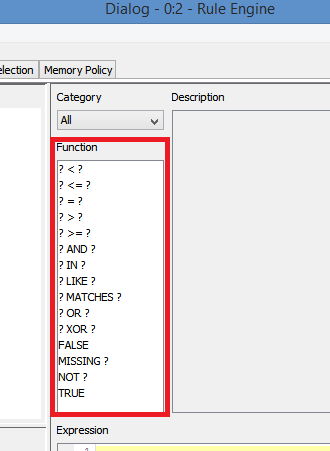 Any other operations/manipulations have to be done outside the Rule Engine.

So, for your sample code, you could do something like this in the Rule Engine:

And after that, you can do a join("+ ", $txtMyString$) via String Manipulation where the value is “PLUS”.

Alternatively, you can do all of this in a Column Expressions node where you apply both the rules and the join. Something like this would do: 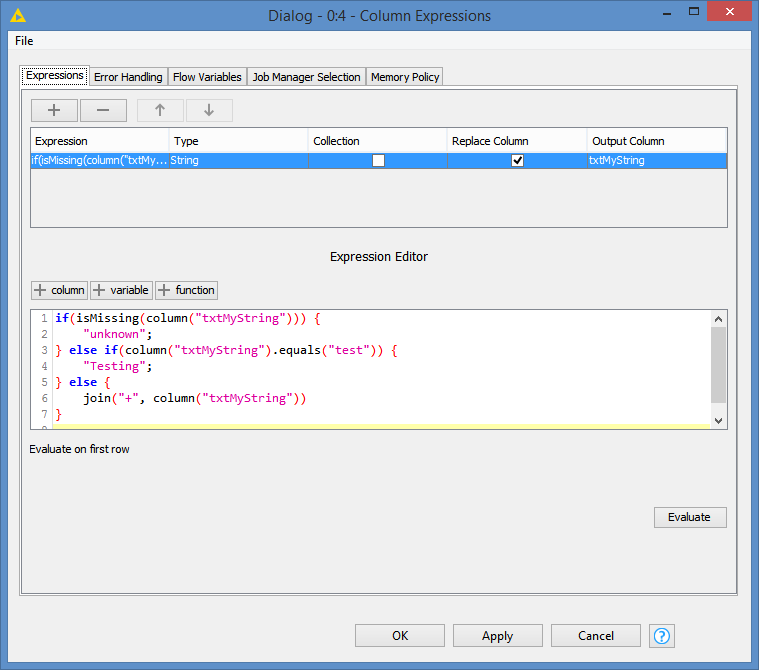 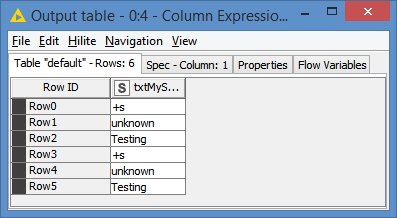 Hello @bruno29a
Thank you for your detailed answer.
I also have to apologize, since I have forgotten the * in my example. Actually I did mean “test” to match “UX test”, “DB test” etc.

The idea with the column expression is actually charming, since I only need one node. With the rule engine + string manipulation + column renaming + column deleting there are several steps necessary.