How to show node configuration in a panel that is always displayed?

Similar to default display of “Node Description” in a panel that is always displayed, such that clicking on different nodes in a workflow automatically updates the Node Description panel for the relevant node.

Rather then “Node Description” I would like “Node Configuration” to display there. This would save users multiple clicks every time they look at any given node; (one right-click > configure to open the config panel, and another click to close it). It would be better to just click a node and have the config panel appear for immediate configuration. So, is there a way to do that? I’ve searched and turned nothing up.

If you look under the ‘View’ menu, under ‘Other…’, there is an option called ‘Node Monitor’ 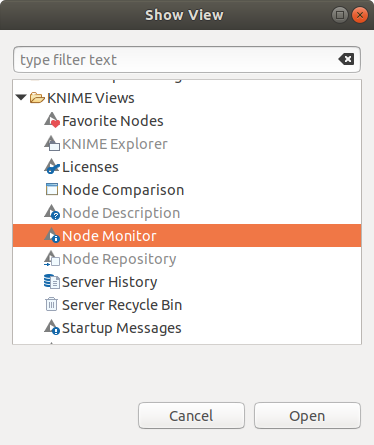 When you have that view open, click on a node, and at the top right corner is a small downward pointing arrow. If you click on that you get a menu, from which you can select either ‘Show node configuration’, or ‘Show entire configuration’: 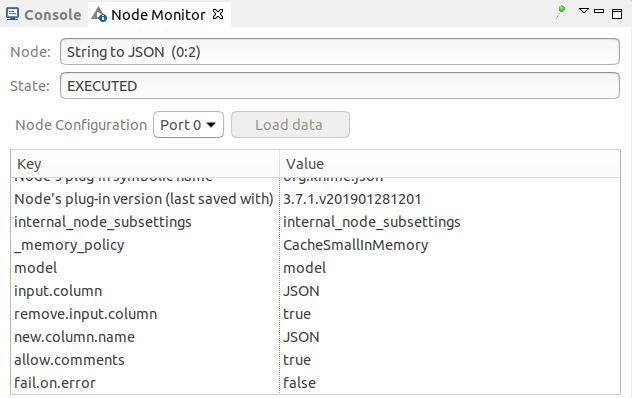 Thanks for the suggestion. That’s good info, but I really would like the fully interactive config panel.
I’ve added it as a feature request at github. https://github.com/knime/knime-product/issues/1
Cheers,
John

A couple thoughts after reading your issue report:

If it was a read-only view, then that wouldnt be an issue?

Ya - if all the UI elements were disabled / made read-only, then there’s no concern.

I assumed from “fully interactive config panel” that the request was to allow configuration to occur from the panel, though.