Can you be more clear about what you mean by joining?

If you can provide some example data, and an example of your desired output under various scenarios, that would be helpful as well. 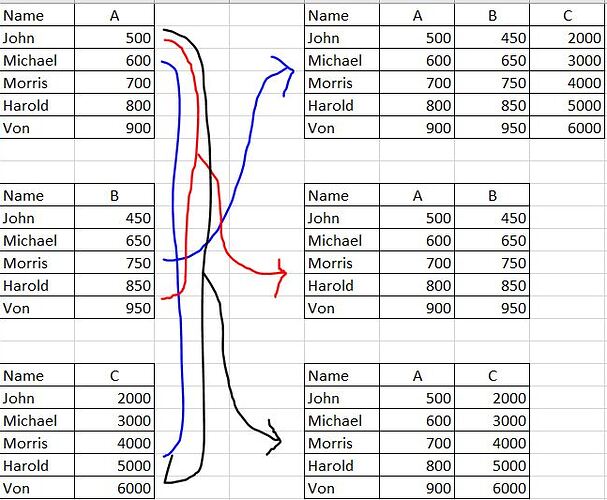 For isntance the user only wants the column A and C, So the Output will be A and C only. It depends on the user on what column he/she wants the output to be. It’s like its not permanent. I used the joiner, but it will be an error since there’s a setting on the joiner that chooses the columns you need to join.

are you changing columns based on which you are performing join or columns you would like to see after join? Think both is possible just trying to figure it out before making suggestions/examples

Yes. I am changing columns. Sorry for the unclear question.

@Skyefrancis, is there a reason why the user has to pick the columns to be joined up front?

It’s probably easiest to join all the columns first, then use a column filter to let the user pick which ones to keep/display.