just a suggestion to Knime developers to enhace the joiner node to be more flexible (like SAS DI):

I think it would be nice to add logic operators (not only AND) and parenthesis between join conditions in order to obtain more complex data merging…, am I wrong?

I hope, it could be an idea for new knime releases… 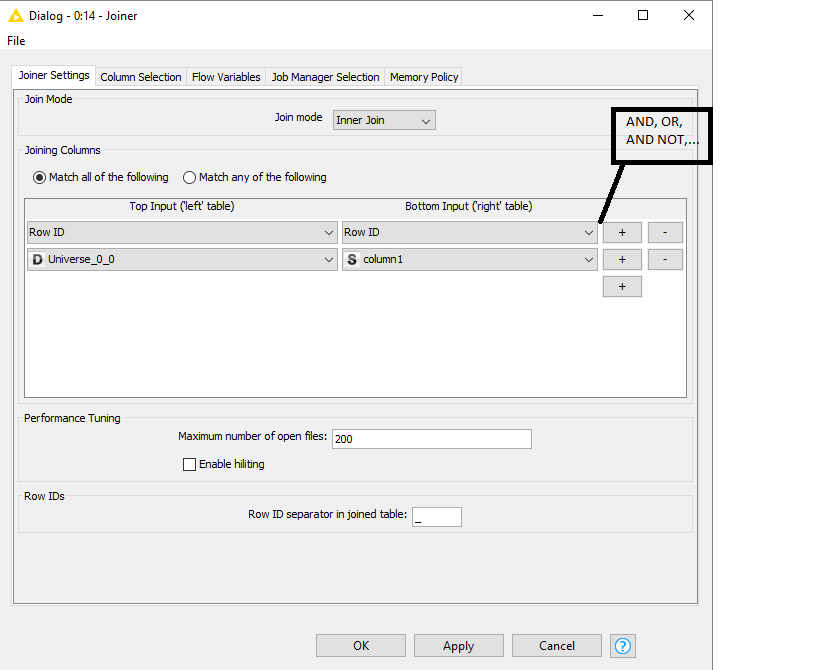