I am trying to run a neural network with CuDNN Layer nodes and I am having some problems with NVIDIA driver and conda environment.
I am using a Tesla V100 GPU on GCP and those are the problems that I am facing:

Another question: KNIME can run on TPU hardware units?

I managed to configure the NVIDIA driver CUDA Toolkit 10.0 after reinstalling it several times and seems to be stable.

I created a conda environment from the KNIME UI and the GPU usage is around 1-2%. I am having one single Tesla V100 GPU in the system and I am having 2 hidden Keras CuDNN LSTM Layer node with max 100 neurons each of them. I am using a Loop for trying different parameters. It’s OK to have the GPU usage at 1-2%? Or it’s a bad configuration for CUDA or Keras/Tensorflow?
I attached the network topology. 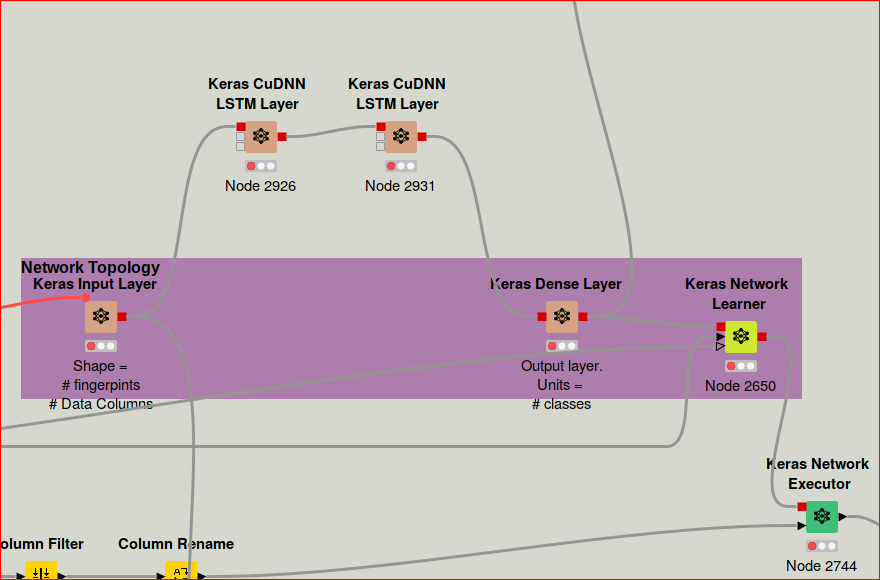 a V100 is quite powerful so it is possible that your network only causes such a low GPU usage.
As far as I know the CuDNN layers will only run in a GPU setup (at least when I played with them that was kind of a bummer, when I wanted to show my results on a non-GPU machine…) but to be sure, can you check if there is a process showing up in the nvidia-smi when you are training?
If it does than you should be good to go

Regarding the TPUs I have to admit that I don’t know if anyone has tried that yet and I will have to investigate a bit to figure out if it is possible.

PS: Sorry for the delayed answer