Am trying to build a simple time series model using the Keras nodes. Am new to deep learning so would love get your input on whether I have set up the data and the nodes appropriately. 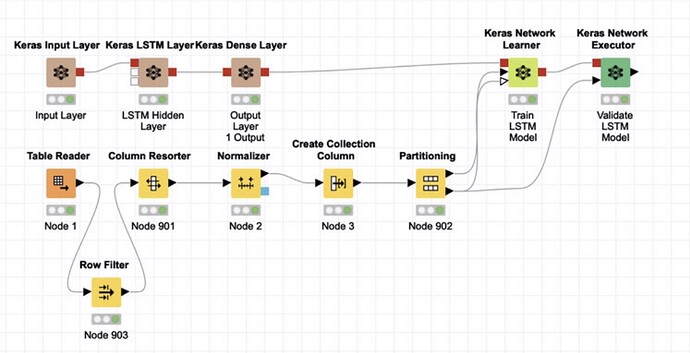 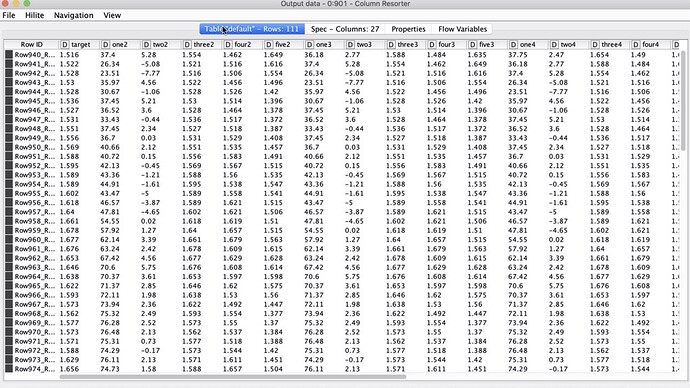 Transformed data: After normalizing the data, created a collection of a single column for these features.
Here’s what the configuration of the create collection Column node looks like: 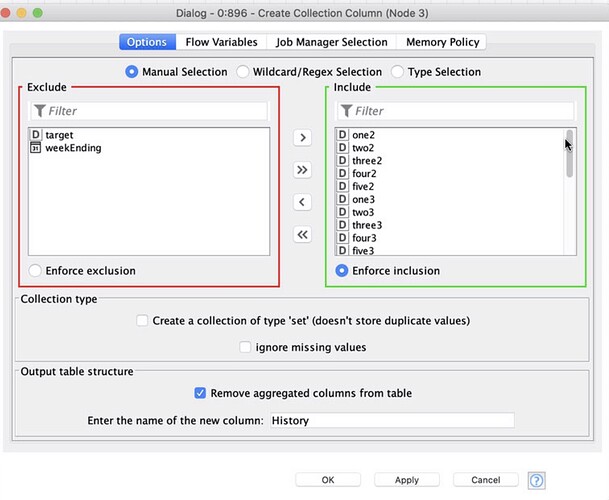 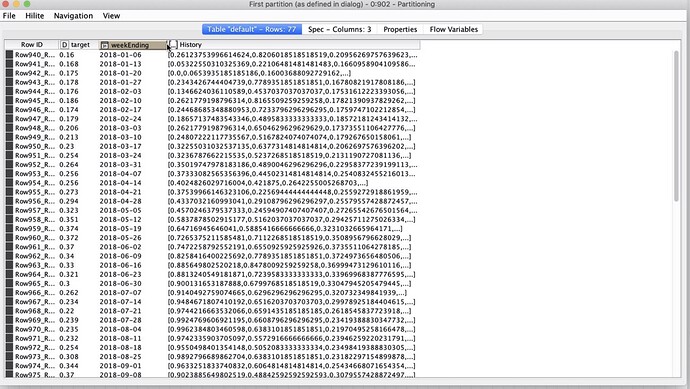 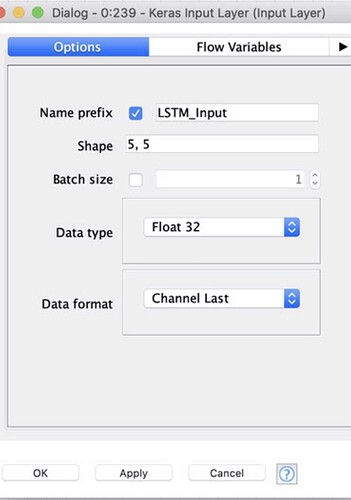 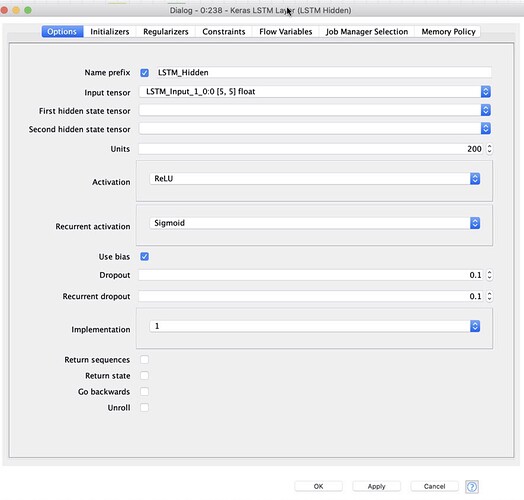 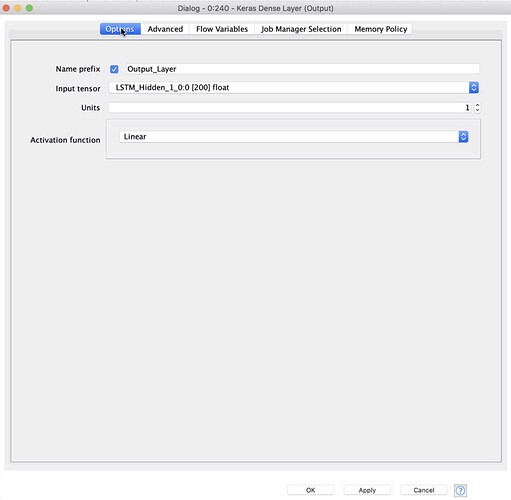 Keras Network Learner (goal is to predict 1 week at a time): 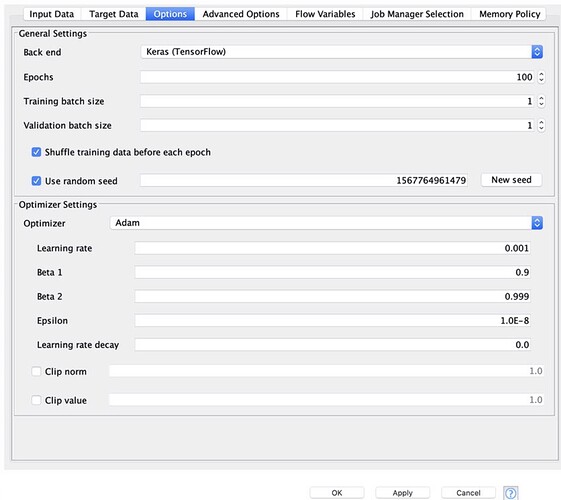 Any input/suggestions would be much appreciated.

I think that’s a good starting architecture, one thing I may play with is an extra dense layer between the LSTM and intended output. Hard to say if that would ultimately help or hurt though.

That being said your output shape seems a little off, if I’m understanding the use case properly. It looks like you’re trying to build a classification model, with 5 possible output classes.

The most intuitive way to do that would be with an output tensor of shape [5]. One unit for each possible class. To frame your data for that output I would first convert the double column(Target) to a string and then use the One to Many node to one-hot encode it into a vector.

Converts numbers in a column (or a set of columns) to strings. Note that for an advanced configuration, such as rounding or representation in scientific notifi…

Transforms all possible values in a selected column each into a new column. The value is set as the new column's name, the cell values in that column are eithe…

Finally after setting that final output layer to shape [5], you should use a Softmax activation function. Think of it as a generalized sigmoid that works well with more than 2 classes, this way you output a set of probabilities for each possible class. You train your model to get that probability distribution as close as possible to correct. (I’d recommend Categorical Cross Entropy as your loss function)

In this framework your network would output 5 probabilities so to get the prediction you would simply use a Column Aggregator node to grab the max and presto, classification obtained.

Best of luck! Curious to hear how your project goes
-Corey.

Thanks Corey! Your question on use case makes me think that I may not have set up the data and/or architecture appropriately.

The data is time series with no cross-sections, and use case is to make predictions for each week for a continuous variable (regression problem, not classification).

Based on this info, please do let me know if you would suggest any other changes.

Have attached my workflow, in case you have a few minutes to take a look.

Thanks again - your input is much appreciated!

To add a comment about the LSTM layer here. It’s value comes in when doing more long term forecasting. For example if you predict the 2 week, use that to predict the 3 week, then the 4 week, so on and so forth. It holds past information indefinitely, in a sense. Useful when your forecast horizon is very far out.
If we’re always using known data to forecast the 2 week out value we can use a dense layer instead of an LSTM layer.

Thanks Corey! That’s correct - the 5 series are lagged and I removed the “minus sign” that gets appended as a part of the numerical suffix when using the lag column node.

Thanks again. Am new to DL so please do let me know what adjustments/changes you might suggest.

Hi Corey, just wanted to see if you had any thoughts based on my answers.

Also would love to your input on how to configure the network without the LSTM node (dense layer only). Seems like I have to make some changes based on this message after deleting the LSTM node:

Also if I wanted to use LSTM node to predict further out, as well use more lags, how should I set up the network?

Did you replace the LSTM layer with a Dense layer or did you just remove it?

You’ll want to replace the LSTM layer with a Dense layer of the same shape.
Although if you move to dynamic forecasting (recursively evaluating your model to evaluate farther into the future) the LSTM layer may still be helpful.

That error is basically saying your Input layer isn’t shaped the same as your input data. 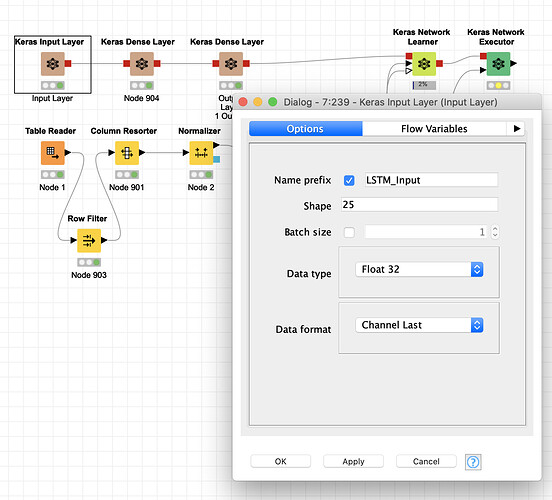 In the screenshot I’ve set the input shape to 25 so it matches the size of your input collection which has 25 values in it.

I had removed the LSTM layer and not replaced it with a Dense layer - thanks for the pointer, Corey!

Will also take your input on LSTM’s by including longer lags (52 weeks) and predicting further out (13 weeks).

Have a few more questions for you before I get started:

Thanks again, Corey. Will post the updated workflow here.

Oh finally caught me online, can get to this one without making you wait haha.

Thanks Corey! Couple quick clarifications on some of the points:

Yep, that’s where I’d start with the input shape.

As to the batch size, I would just leave the box unchecked in the input layer node. The default value in the options tab of the Keras Network Learner is 100. I’d leave it there for now. Sometimes I make this smaller if I’m using very large inputs (like images).

Awesome! Thank you Corey - your help has been invaluable!

Hi Corey, the input shape per your input isn’t liked by the downstream LSTM layer node. 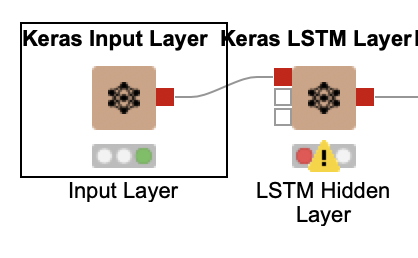 Do you have any suggestions? 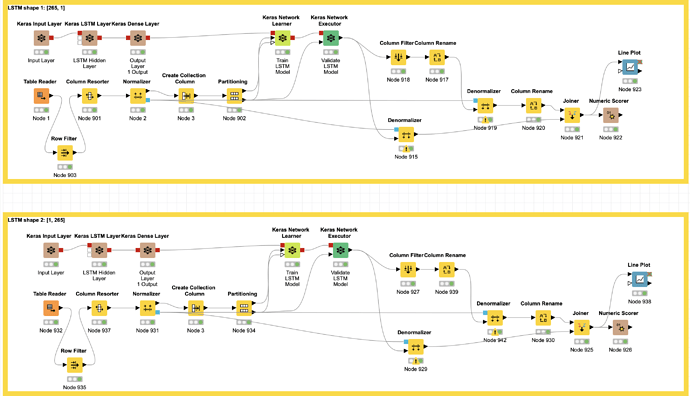 Neither of the 2 versions do a good job of predicting the target, although [1, 265] seems to be a bit better. 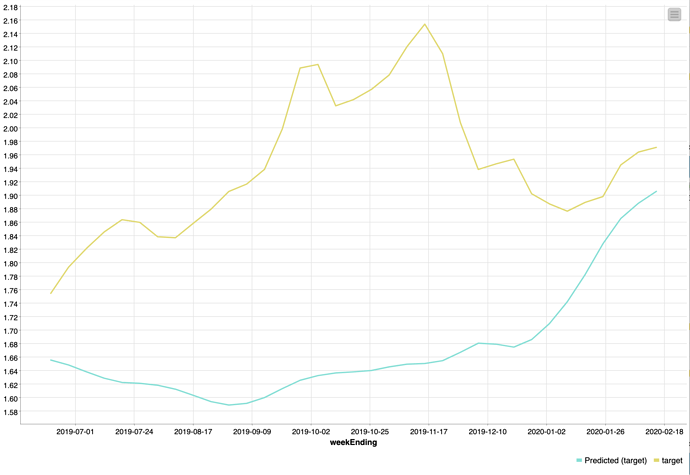 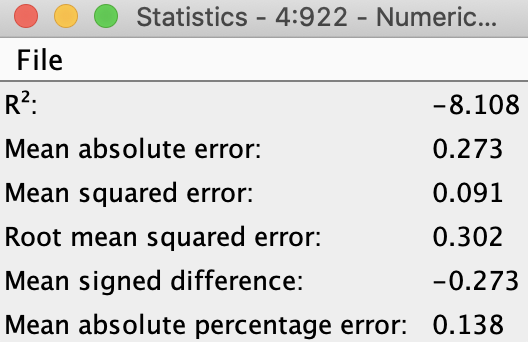 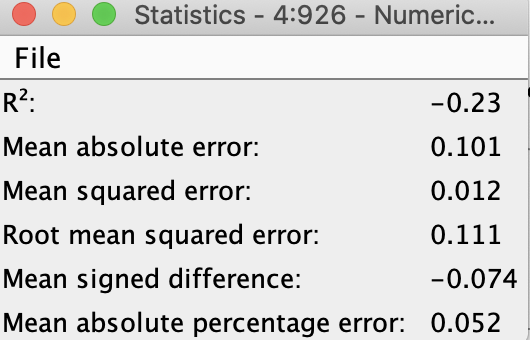 Would have expected the performance to be better so am open to additional suggestions.