Hello, can you help me with attached workflow?
Everyweek i will receive raw data rolling for 7 weeks

Hi,
Shouldn’t be there a workflow? Or you meant the Excel file?
And what is you question exactly?
Best,
Armin

i meant the excel file already included the raw data and the output i need, but i don’t know the workflow, complicated for a new knime user as me. thanks for help.

I checked the data set, but I couldn’t understand what your question is.
Would you please explain it to me?

In raw data file/original file/input, the week number(column) is in merge cell, may i know how to transpose that to row not column?

So you want to add the excluded column in the second sheet (wk2) be back (from wk1) and then do the transposing part.
Let me know if I’m right, So I can start working on it.
Armin

Well,
I’m working on it and it’s almost done.
I don’t have enough time to finish it all at once.
Thanks for waiting.
Best,
Armin 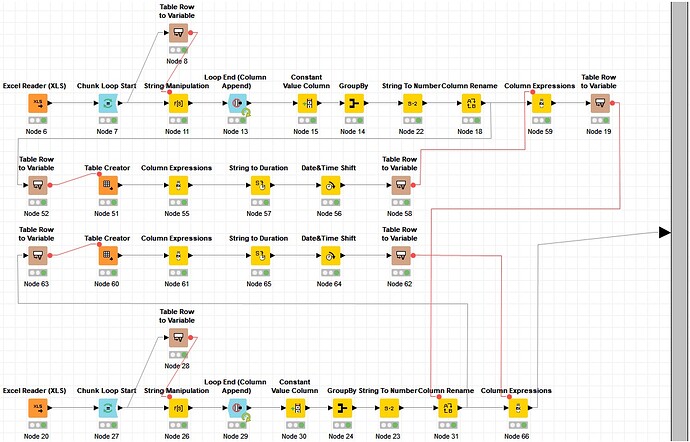 Let’s see what’s going on in this workflow:
The Metanode reads your excel sheets (wk1 and wk2) and finds first date of wk1 and last date of wk2 (and the weeks) and calculates the number of weeks (although it’s obviously 8 (7 for wk2 sheet and 1 extra week from wk1) but I wanted everything to be calculated automatically, so if the data structure is changed you can still use this workflow).
Then we have the first “Create Data&Time Range” node which creates dates based on the starting date in your sheets and the number of the weeks (in weekly intervals) and a counter to create week numbers, starting from the starting week number. Column Expressions converts week numbers (produced by counter) above 52 to start from 1 again.
At the bottom of the workflow we read data from the excel sheets and join them (first week of wk1 + all weeks from wk2). Then unpivoting (Thanks to @Iris

) “base forecast” and “GR (SU)” and joining them.
And finally adding the date and week columns and filtering based on the execution date.

Here is the workflow, dedicated with love!

PS: The week 1 for 2019 in your sheets has different values. Anyway, I only took the first week of wk1 sheet (week 51) and the other weeks are taken from wk2.

many thanks for the solution!!! 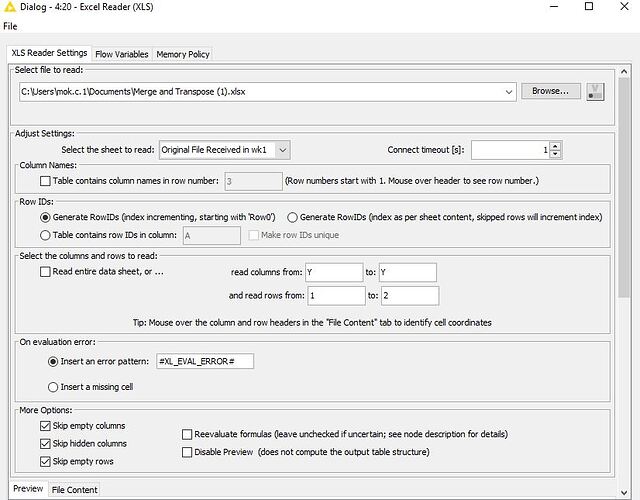 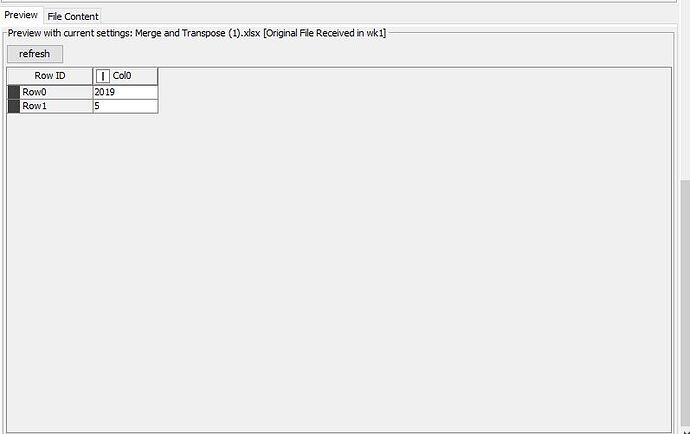 The 2 “File Reader” nodes at the top only read the start (in wk1) and end (in wk2) dates (year and week).
The 2 at the bottom read the data.
If the Excel file you shared has the same structure as your real data, then you should keep the settings that I have applied.

I checked the final output and it was exactly the same as you asked except:

The week 1 for 2019 in your sheets has different values. Anyway, I only took the first week of wk1 sheet (week 51) and the other weeks are taken from wk2.

Which I think is a mistake in the input.