How to calculate the rest of division on very large number in KNIME?
.
Indeed, inside the “Math Formula” node, the mod(x,y) or x%y function is limited to " 2147483647".
To avoid this limitation it’s possible to use the folowing process like (in VBA)

How can I transpose this function in KNIME?

maybe i misunderstand your question - why not just use the long format in KNIME?

If you want mod for even larger calculations I would suggest to use java/python functions for large numbers e.g. bigint mod 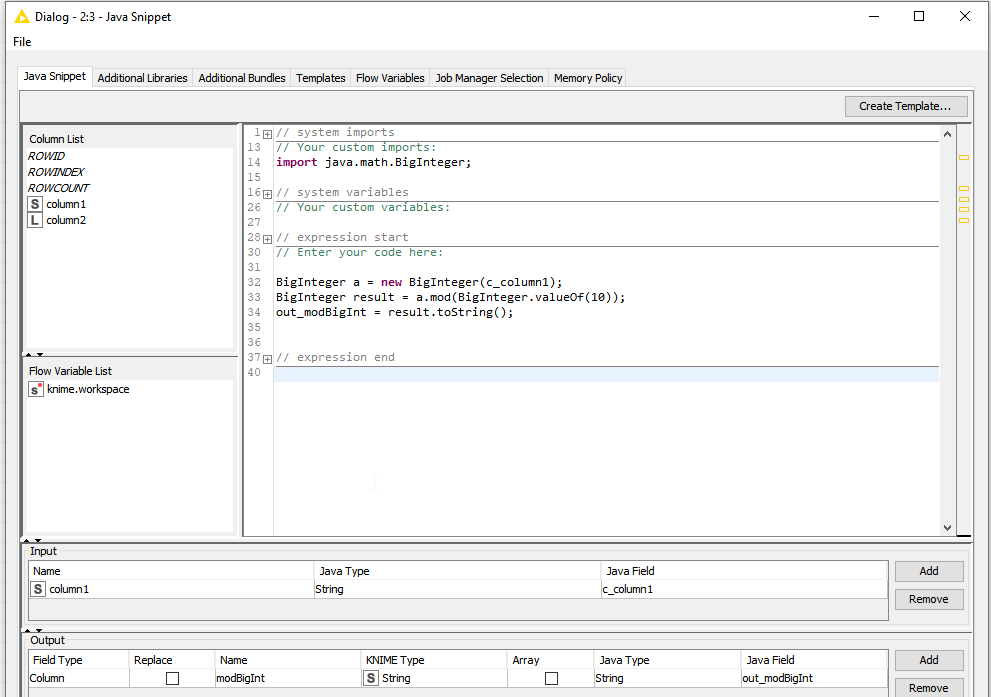 Example workflow for both:
KNIME_project34.knwf (7.6 KB)

By using a loop, I try to calculate the rest of a division on large integer numbers by using process like hand made. 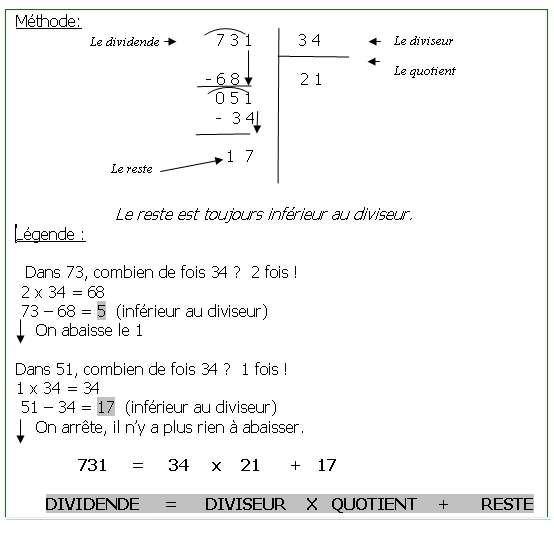 The behavior of mod (on knime): 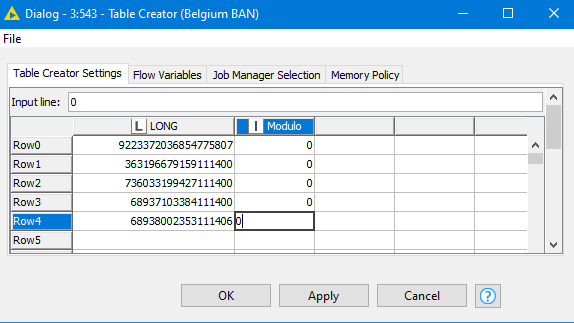 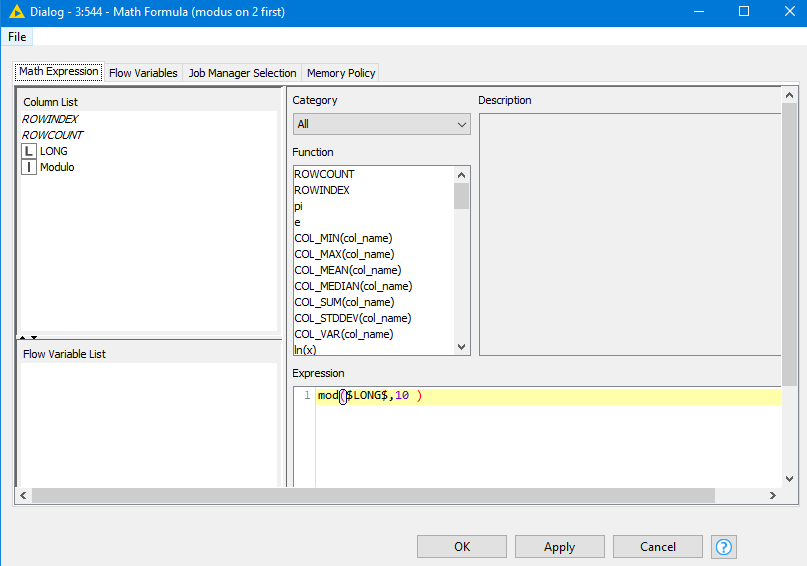 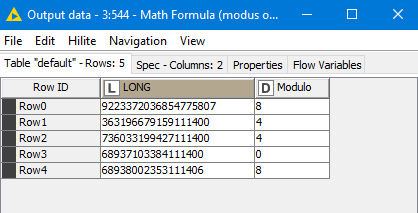 Attached a java snippet with multiple ways to do the mod with the Java Snippet.
I think using these pre-build java function would be the correct way - or do you really want to build you self made function within knime? 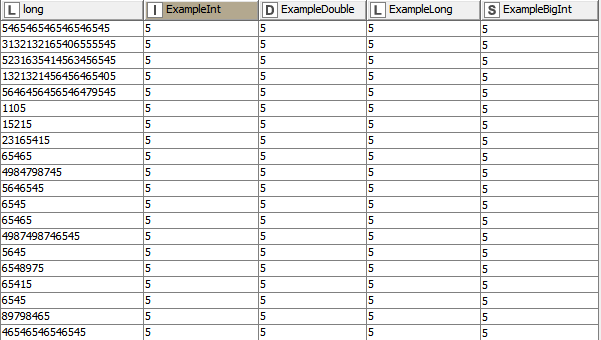 This issue seems to happen after a certain range/limit. I originally tested with some Long numbers, and they all passed, and I was about to reply that I did not have any issue on my side because of that, then I thought of testing with the numbers that @PBJ used, and unfortunately I got the same results too. 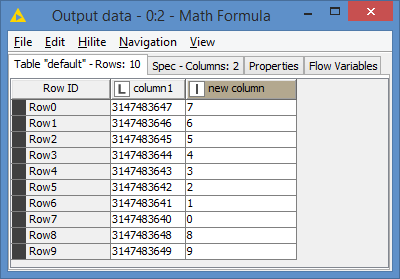 Adding the number 1 at the beginning as an additional digit: 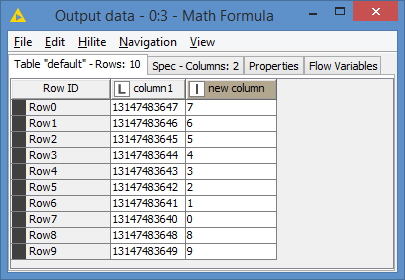 Then I used the Math Formula (Multi Column) to go faster. At first, I did 4 columns in total (including the 2 above). Then I added @PBJ test data in column5. The first 4 columns produced the correct results, but for column5, it produced the same results as @PBJ:

I also processed column4 and column5 via Column Expression:

I’m guessing it’s the same mod() function in the Math Formula and the Column Expression.

But the issue might not be with the mod() function, but rather how these numbers are being recognized. Here’s an additional test that I did. I did column4 / 10 and also column5 / 10. Here are the results:

I’m not sure how these numbers are coming up.

Here’s my workflow if you want to play with these numbers: Math Formula mod issue.knwf (16.3 KB)