I’m having an issue while manipulating zero, math formula and rule engine. I’ve created a basic worflow as demo. My issue is that multiplying a zero with a negative value creates a negative zero. Which is then no more identified as zero by the Rule Engine… 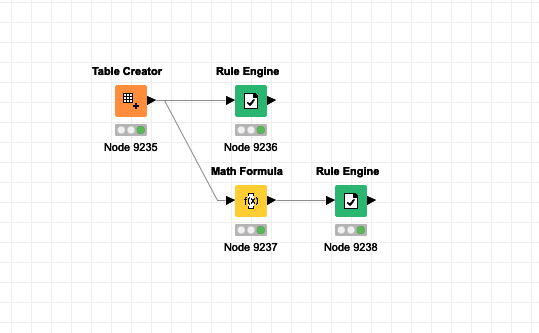 Give true for one : 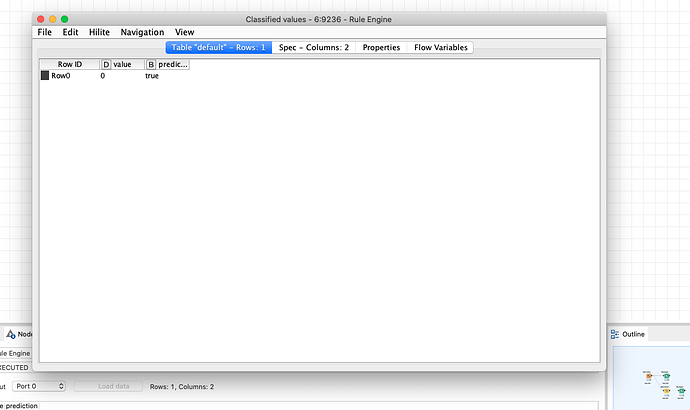 and false for the other : 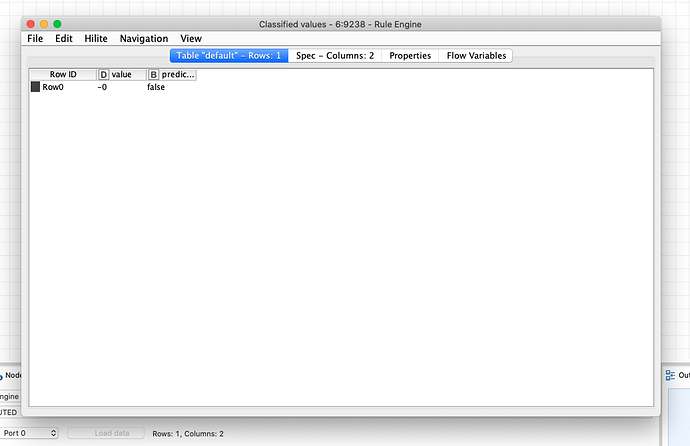 How should I tackle this ?

Neither of those are working. But this gave me the tips to write this in the Rule Engine :

And this is working. It’s still a strange behaviour. I should not have to check for both sign.

Wow, this is quite a pitfall… also the Row Filter differentiates between positive and negative zero.

Instead, in order to catch both rows one has to do this:

This is a major “gotcha” that 99% of the users are probably not aware of… I certainly wasn’t.

As a general rule in informatics, a double should never be compared using an “=” condition, because double numbers are coded in a way (using floating comma) that leads often to rounding problems with decimals and hence wrong comparisons.

The right way to overcome this kind of problems is to set a condition which integrates the rounding error, for instance in the rule engine:

Up to you to define which is your acceptable rounding value (here set to 0.00000001) to decide when a -double coded number- should be considered as equal to Zero.

Thanks for the head up. I’m fully aware of this limitation. In my specific contexte, I’m searching for true 0 coded as double. And now I have to search for 0.0 and -0.0. Not that a big issue, but that’s something that you need to know…

I fully agree with you. May be the problem you have spotted is related to the way KNIME converts strings into doubles in some nodes. A similar problem is described in the post below when rounding integers:

Maybe that won't help with the workaround but just to give a bit of background on why this is happening. We are using a library to do the parsing and evaluation of the expression. The round function is using something called 'rint' and citing the documentation ([1] and [2]): "If two double values that are mathematical integers are equally close, the result is the integer value that is even." and "This has better statistical properties." (I am not sure what properties that are, though.)

The problem may thus come from the fact that the numbers one enters in the Table Creator are originally strings that are converted into doubles. I guess the String to double conversion done by the -Table Creator- node is not handled in the same way for a 0.0 and a -0.0, most probably because of the rounding scheme used by KNIME to convert strings into doubles.

How can a primitive float value be -0.0? What does that mean?

Let’s start with something that is positive absolute zero, no rounding, by having a Math Expression node return a 0:

Then, in a second Math Expression node, take the negative of this positive zero and put it in a new column:

Are these the same? Let’s ask a Java Snippet:

I don’t understand… Does it have something to do with Double object-to-primitive unboxing?

Edit:
in the example below i force Java to compare primitives… and now the table cell values are suddenly equal:

@Aswin thanks for highlighting this. Very interesting and important to know.

For completeness, Python does not care about it when converting the KNIME double data into Python (Pandas) double data, as shown below:

But I still don’t fully understand the difference between