I´m trying to build a workflow to implement Nested Cross Validation following a thread in this forum of May 19 started by @alukard990 . I´ve built the following: 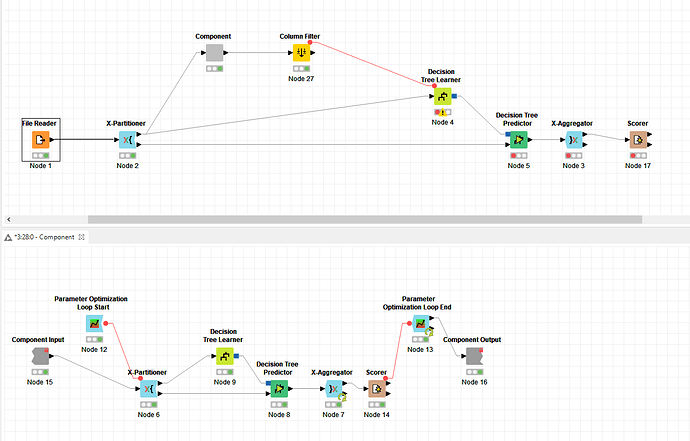 On this example I’m optimizing the minimum number of cases per node. My problem is that I can´t feed the number of nodes that gets out of the component.

The component alone is working. If I don’t wrap the flow in a compnent I get an error because the upper cross validation is unable to read the data that gets out of the first X partitioner.

If I understand correctly, you’re trying to use a flow variable to define the minimum number of records per node in the Decision Tree Learner.

However, you haven’t actually created this variable.

Without seeing the output of the Column Filter node it’s hard to say what the best way forward would be.
But it would probably involve using a Table Row to Variable node or a Table Column to Variable node to create the integer variable that can be used by the Decision Tree Learner node.

Thanks for answering. The output of the Column filter node is: 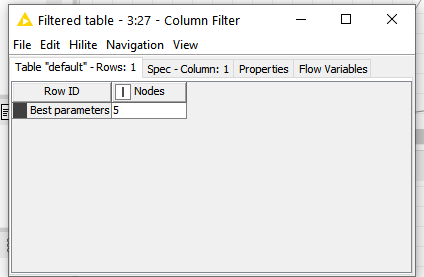 However in the flow variables in de Decision Tree it is not AVAILABLE: 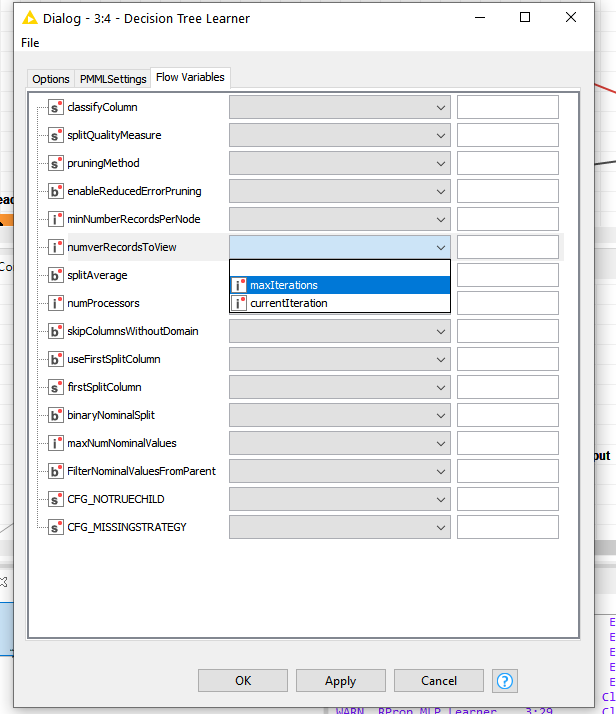 Like I said in my previous post, you’re trying to call a variable which has not been created.
You need to create the variable in order to use it.

The variable is created and used inside the component: 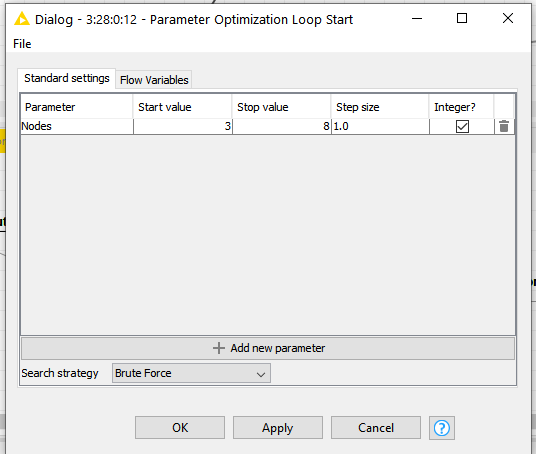 I understand that I have to create it outside the component?

Got it!! A table row to variable node did the trick, thanks!!

if you would like for flow variable created in Component to be available outside of Component you have to explicitly include it in Component Output configuration dialog.