I am trying to introduce a new variable loop into my workflow. In the picture below, it is the table row to variable loop start node. However, the red exclamation point in the screenshot gives the message can’t merge flow variable stacks. How do I fix this? 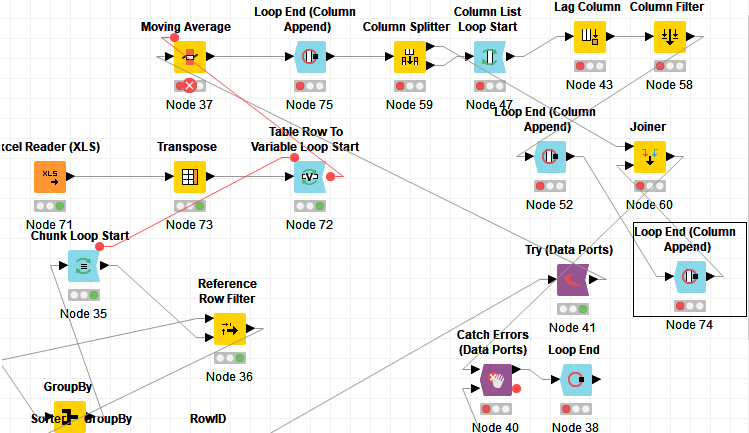 You have connected the variable loop start to a node after the “Try” node (and within the try/catch errors). So the “Try” node is not included in the loop. That’s why you get the error.

Connect the “Table Row To Variable Loop Start” node to the “Try” node and I think your problem will be solved.

Thanks for the help. But now I am getting that the loop body is wired incorrectly. 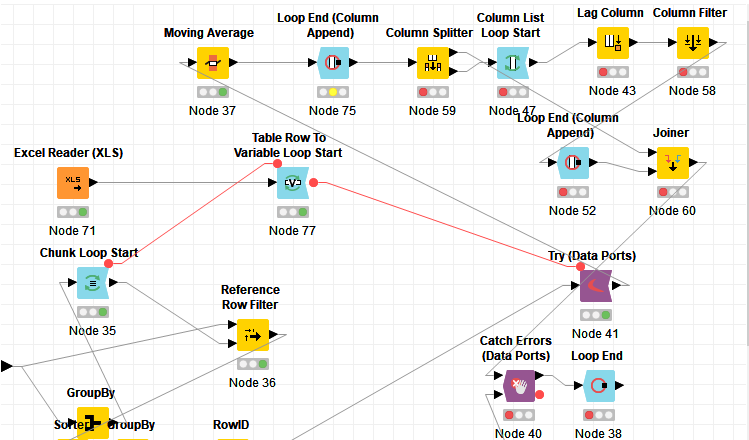 Hi @bballboy8
as a first step I would suggest to clean up the workflow.
Organize the nodes in a way that the order is easier to see.

You can do this for example by surrounding each loop with a annotation.
As a rule of thumb: The more difficulties you have to tell someone and need to think about which loop start and loop end loops belong together, the possibilities that they are not determined connected grows.

Let me know what you are trying to do then I may be able to help you to arrange the nodes properly.