Node Configuration Dialog won't open if... Why not?

Time to time I’m in a need of having a look ad node configuration or re-configure node somewhere in a workflow.

The problem is the dialog often doesn’t open. Once it is because preceding nodes haven’t invoked so the node doesn’t know its context. Next, it is because a DB connection is not available. Many times I only want to see the configuration of the node. To copy an expression from it, to check its configuration is OK.

Sometimes it’s really not easy to get fulfilled these conditions a node insists on before it displays its configuration. The node can occur in branched workflow, in a loop where the branch the node locates gets active in an n-th iteration of the loop. Well, it can get tricky. And it gets even trickier in a combination with new DB nodes which easy get their DB connection unavailable e.g. after a workflow is closed and re-opened subsequently. 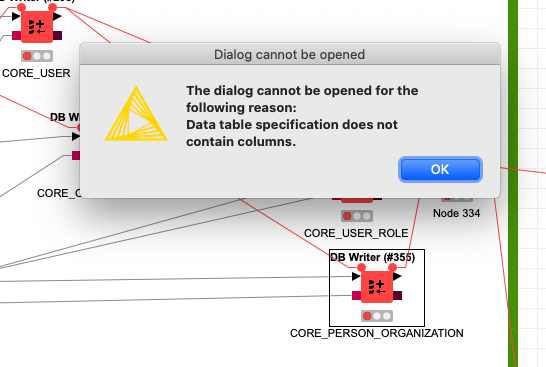 I’d really vote for that the configuration dialog is always available and it displays nodes last known settings. Btw I really don’t appreciate if I can see in the dialog after it opens, settings that differ from those I did set manually. It often happens when something changes in the chain ahead of the Node. I have got an intention make a topic dedicated to this particular behavior. 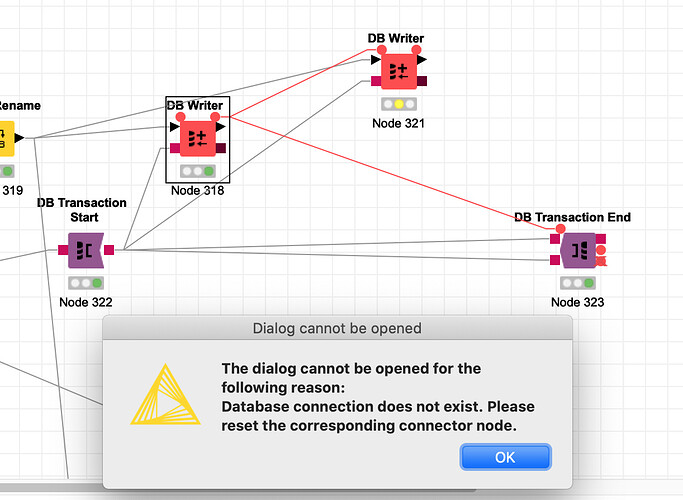 This really slows down development & bug tracking. Please make configuration dialog always available, even if its configuration would not save due to the current context.

thank you for the detailed report!
We are aware that this is currently a limitation of our new DB Integration. We are looking into this and keep you posted.

This has been fixed with the latest release. For more details check the following thread: Connection MYSQL in version 4.1.2