In the first example workflow of chapter 3 of “from words to wisdom” material, I added a document viewer node after the OpenNLP NE Tagger node. I found that some names don’'t be tagged as NE. Another thing the word Cheers sometime is considered as NE and sometime isn’t considered as nothing. Is that normal? 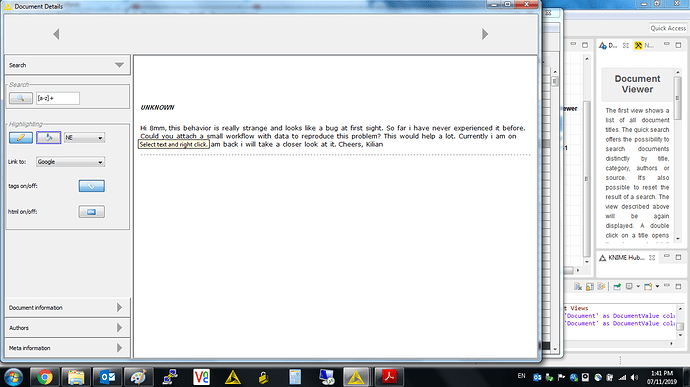 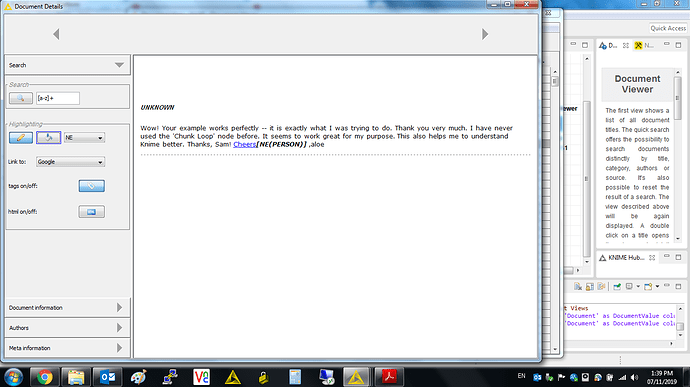 it is indeed in principle possible that one and the same word, in different texts will be sometimes found and sometimes not. This depends on the model and also the position of that word (or other words that are surrounded).

I didn’t not persuaded because of I didn’t use any model beside the OpenNLP NE Tagger node. Basically, the tagger should tag the word rather that its position or shouldn’t tag it at all.
Let me ask another question. According to what criteria the tagger tags the word? I think there is a built-in definition list (storage/DB) is read by the tagger.