Hello,
I have made a component as shown below which splits my data set (which is time series based) into training/validate/test using 3 different methods based on the selection I make via the node Single Selection Configuration node “Split Method”.

The middle branch is meant to be a straightforward partition by the % variable captured in the “Percent” Integer Configuration node which has a value of 80. However, when this option is selected (as shown in the 2nd screenshot below), the % variable passed to the partitioning node is 800,000% - a factor of 10,000! This throws up an error and the component doesn’t get executed for this method.

I’d appreciate any advise on this. 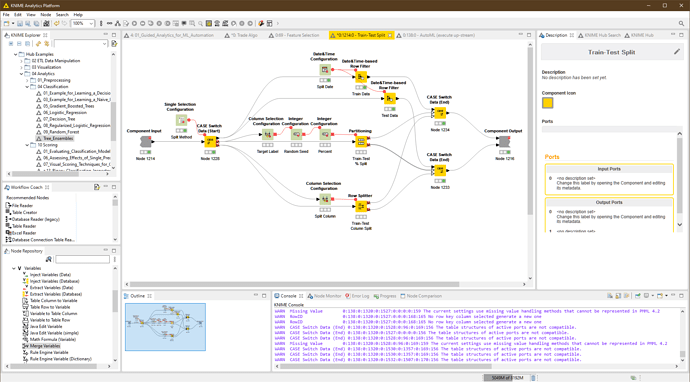 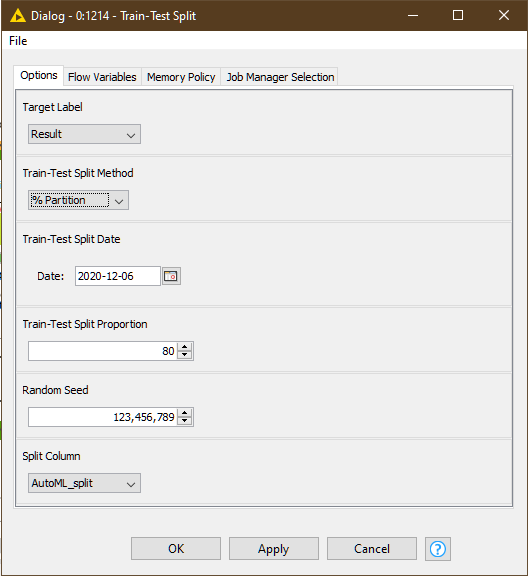 Hi @RNarayan73 and welcome to the forum.

Hi Scott,
Thanks for the steer. Since it is an integer, can’t provide a fraction.

I added a Math Formula node just before partitioning to divide the variable by 100 which did the trick!
It should have been intuitive if the error showed 8000%, but the 800,000% threw me off.