It seems Parameter Optimization Loop Start can create and pass variables to next node but Python Script Node cannot receive variables from any node.

I have another node input data frame to Python Script node so I can only use Flow Variable Port for the variables.

It should be possible to send Flow Variables to and from Python script nodes:

Two ways to handle combination of Flow variables from Python and If switches...

I can do it at Python Source node but doesn’t work at Python Script node, any idea? 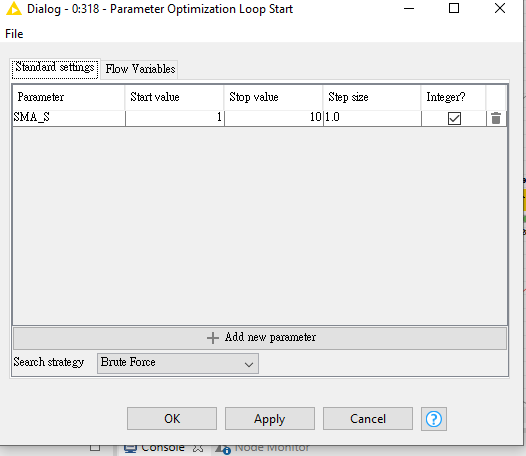 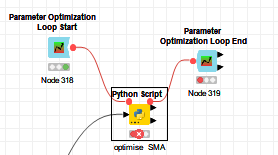 Seems it is a looping issue. I am trying to loop different group of data by different parameters, python script doesn’t accept like this. Any idea? 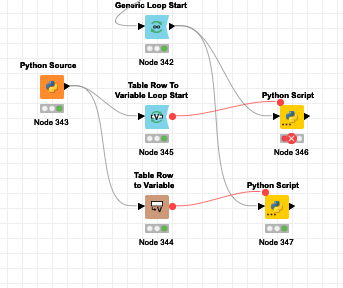 your design is not right. You can not have same node connected to two loop start nodes. (You should get warning in Console about this saying that loops/scopes not properly nested.) So in original issue if your Python Script is already in a loop wrapping it up around Parameter Optimization Loop will not work and you won’t be able to see flow variables from it. Solution is to nest one loop within other meaning in your case to to connect one of preceding nodes to Parameter Optimization Loop Start using flow variable connection.

Why do you want to use a Parameteroptimization loop when you use a python script anyway?
br

Now I fix it by revising the Python code. But somehow I may have some cases need to optimise parameters in another loop so better think for a solution.