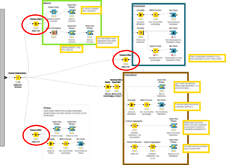 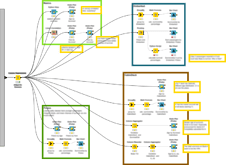 Does any of this make sense to anyone else?

I like these suggestions. I also often use Column Filters for this exact same purpose, as they execute nearly instantaneously, and do not a create a new table copy internally (in contrast with many other nodes like a row filter, I think). I label them “Pass” to remind myself that these nodes have no function. Maybe a dedicated “Do nothing node” would be more elegant.

@poitryu would it bee an option to use a switch where the top branch would just go thru without doing anything while the bottom one might be connected to a meta node or component ? So depending on a Java variable either the branch gets executed or will just be passed by.

Two ways to handle combination of Flow variables from Python and If switches...

Never mind the example deals with Python nodes it would work with other nodes as well.

The ability to temporarily disable a node is something I’d certainly find very useful. Coming from having used alteryx and talend which both provide this, not having this in knime is one thing I find lacking. I guess if you’ve never needed it you won’t miss it, but I find that disabling/enabling individual nodes makes testing easier and far safer than having to reroute connections to bypass the node.

I guess, yes. But it’s just another workaround for what should be a feature.