HI!
I’m a newer,I want to build knime in the eclipse, but after importing knime’s framework, there are many problems, one of them is the problem of parent tag line in pom.xml file. But I don’t know how to solve it.Is the problem caused by the version?

You can ignore the pom.xml files altogether. They are part of a new build process which is currently still under development.

Thanks,but if i ignore the pom.xml files,how can i get the jar files,I was not able to find this part of the jar package in the Github.
Also,i have other errors:
first,it’s java build path problem,does all the problem cause by maven error?
second,it’s java problem,i think maybe the source of all the problems is due to maven errors.
third,i have XML problem,just like the picture,but some errors disappeared after I re-saved the file, the same operation for the remaining files did not work.
I’ve been stuck on these issues for many days 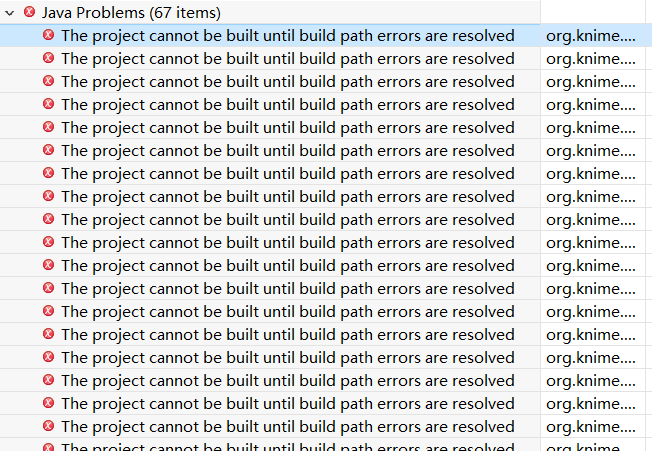 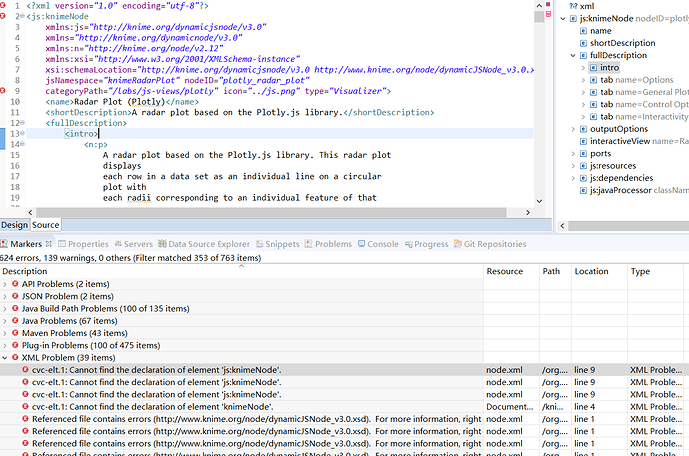 Your screenshots don’t show what the actual build path errors are. Did you activate the KNIME Target Platform?

Yes,i activate the Knime Target Platform,Knime-AP-complete.terget,If I do not import the knime framework, I can start the software.About the actual build path errors,i forget to show the picture,i’m sorry for that

It looks you didn’t install Git LFS prior to cloning the repositories and therefore all Jar files are broken.

Thank you very much, I will try it, and feedback the specific situation later

I’m using the Eclipse Git integration (EGit) as my Git client,and i actually install the git lfs plug-in,and i re-import the projects by using “Existing Projects into Workspace” and “Existing Maven Projects”,but it doesn’t work

I never could get the Git LFS plug-in to work properly. You have to clone on the command line with Git LFS support installed.

When i clone the knime-core project,it has some problems