After my sentiment analysis, I realized that I have many text classified as positive but have negative sentiment score. Not sure how it is possible? I attached the screenshot of the file I exported from Knime.

Thanks in advance,
Begum 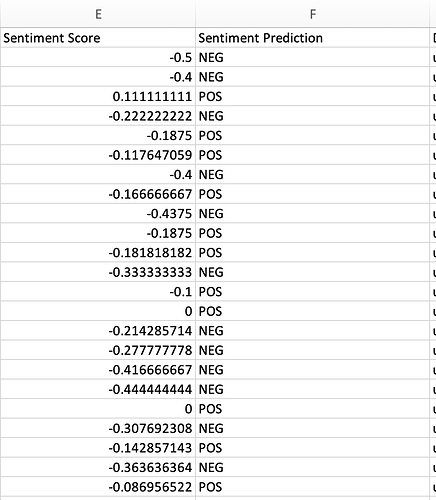 Take a look at the Rule Engine node in your workflow. I suspect it looks something like this:

Note that the POS / NEG classification is being assigned relative to the average sentiment score, NOT zero. 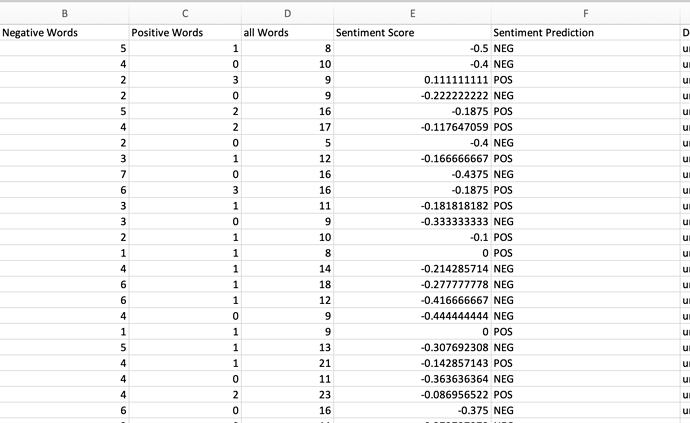 Good catch - I guess this is because the scoring method in the Math Formula node and the Rule Engine classification don’t match up right. So you’d just need to modify one or the other for the approach you prefer.